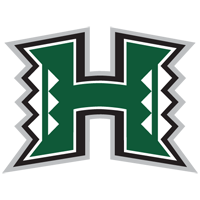 at the University of Hawaii

HONOLULU – Marquette University women's volleyball team achieved a sweep of 26-24, 27-25, 25-21 over the University of Hawaii Saturday night at the SimpliFi Arena in their second game of the Rainbow Wahine Classic.

Marquette had to fight off a Hawaii set point at 24-23 in the first set, but was left with a 26-24 win. in a death of Ellie Koontz . The Rainbow Wahine posted a lock bug and attack bug after gaining the upper hand, to give MU a chance to close the frame. Koontz was one of five MU players on the set with three spikes and combined with Rennie in a block to give MU their first lead of the set, 11-10.

The Golden Eagles needed extra points again in the second. set to pull off a 27-25 win for a 2-0 lead at halftime. Hawaii rallied to tie the stanza at every point from 22-25 before Vanden Berg closed the set with consecutive kills.

The Golden Eagles claimed the only previous meeting in program history against Rainbow Wahine, a five-set victory on August 25, 2017 at the Stan Sheriff Center. Hope Werch then a Golden Eagles freshman, recorded 12 kills, five digs, and three crashes in her NCAA debut.

Marquette resumes action at the Rainbow Wahine Classic at 4:45 p.m. Central Time Sunday (11:45 a.m. Hawaii) vs. Fairfield. The meeting will be the first between the two programs.