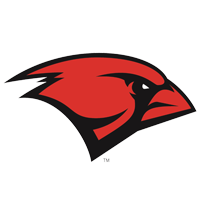 VB: HBU bounces past the southeast by five

The first set was an offensive attack, with HBU hitting .298 with 19 attacks and SLU hitting .368 with 16 attacks. The Huskies shot out to score seven of the game's first eight points, but the Lions rallied late to tie the set 23-23. The two teams traded kills, before HBU got an Allen kill and a Gadway ace for a 26-24 victory.

The Huskies came out early in the fourth, scoring nine of the first 11 points. The Lions were back to three, but the Huskies responded with three in a row to extend the lead to 17-11. HBU scored the last three points of the set for a 25-18 victory to tie the match at two sets apiece.

In the fifth, the two teams tied 6-6, but SLU scored four in a row. After an ace from Addie Vidrine, the Lions led 12-7. HBU then ripped off a six-point run, with Ballesteros and Gadway teaming up on back-to-back blocks, one kill by Jones, then three kills in a row by Gadway for a 13-12 lead. SLU got a block to end the race and tie the set, but another Gadway kill got HBU to establish the point and a Lions attacking error ended the game.

The Huskies will also be on tour next week, facing UIW on Thursday in San Antonio, followed by defending league champion Texas A & M-Corpus Christi on Saturday in Corpus Christi.