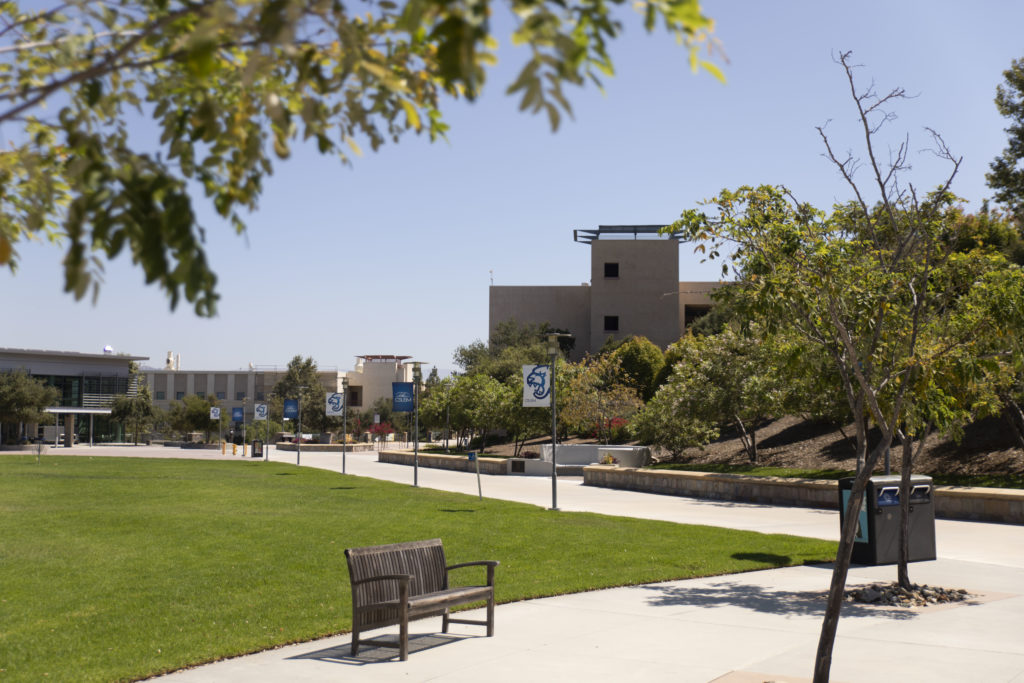 CSU San Marcos is silent during the pandemic switch to classes online .

CSU San Marcos is silent during the pandemic switch to online classes.

In normal years, Cal State University San Marcos sets a priority deadline of November 30 for most freshman applications. This year, since recruiters were unable to visit high schools during the pandemic, that deadline is now January 31 for nearly all majors on campus in North San Diego County.

California admissions offices are taking similar steps. Campuses are concerned that some high school seniors need more time to apply because they lack face-to-face contact with guidance counselors and their families are struggling with health and money issues. Some students have delayed the application because they do not trust universities to return to face-to-face classes next fall.

The entire CSU system gave students an additional two weeks, until December 15, as the earliest application deadline. But by that time, the application totals in the 23 campus system were somewhat below what they were a year earlier. Then 15 of those CSU campuses extended the deadline by one or two months for all or some majors, some even to late February and early March.

The campuses with the longest term extensions tend to have the largest enrollment drops. While the number of new freshmen throughout the CSU system was down 6% this fall compared to fall 2019, enrollment patterns were uneven. Eleven CSU campuses reported declines, mostly in Northern California, such as Sonoma (9.7% less) and Humboldt (7.9%). The other half was flat or up as much as 5% in Fresno and 6.4% in Pomona.

Officials hope that their plans to return to face-to-face classes in September will keep more students attending, especially since enrollment is important for state funding.

Some students may "feel skeptical" about the university's commitment to reopen physical classes in the fall and also worry if vaccines will be fully available by then, explained Scott Hagg, CSU San Marcos associate vice president for enrollment management. Therefore, the application deadline for San Marcos was moved to January 31 to give applicants "the opportunity to soak up the information" about fall classes and encourage them to apply even if they are not sure what they will attend, he said.

The 2,225 new freshmen and 2,093 new transfers from CSU San Marcos this past fall approximated the previous year. But concerns remain about next fall due to the impact of the pandemic and unrelated declines in the number of local high school graduates, part of a national demographic trend exacerbated in some areas by high housing costs. Approximately 15,400 students have applied for freshman entry for fall 2020 and so far 13,481 have applied for fall 2021. Hagg expects about 14,000 by January 31.

The CSU system has taken additional steps this year to encourage applicants, including online recruiting sessions at high schools and on campus. CSU and more emails and text messages to high school counselors and students, said Luoluo Hong, associate vice chancellor of the system for Enrollment Management and Student Affairs.

Additionally, CSU is reinforcing efforts to speak with students who started their applications online but never submitted. That's a surprisingly large group: 124,435 last year, which is roughly half of those who did.

By starting but not completing applications, those students "showed an aspiration that they wanted to go to college," but then barriers may have arisen, Hong said. So those aspiring applicants are sent information about application fee waivers, financial aid and other tips that could get them to complete the application, Hong said. The term extensions, he said, "provide flexibility to remove unnecessary barriers."

"It's a bit more of a relief for the kids who were grappling with what next year will look like," he said, referring to whether in-person classes will resume and whether students will postpone college to help support their families if parents get sick or lost jobs. If colleges continue with all courses online next fall, some students may start a less expensive community college rather than a CSU or University of California campus, he said.

The number of students who will apply in the next few weeks will not be huge, but Godínez said: "If you help one, it will be worth it."

Such extensions are not unknown. Two years ago, extensive wildfires led CSU to delay its application deadline until at least December 15. And even without emergencies, some campuses with vacant spaces have traditionally, but less publicly, allowed a trickle of applications until the summer.

Nationwide, undergraduate enrollment in four-year public colleges and universities fell by nearly 2% in the fall of 2020 compared to the previous year, according to the National Research Center Information Center for students. That includes a 10.5% decrease in the number of freshmen at those four-year colleges.

Despite all the problems caused by the pandemic, the opposite trends can encourage applications.

CSU and UC applicants are not required to submit scores this year on standardized tests such as SAT or ACT. Students who otherwise feared their scores were too low can now decide to apply, authorities said. That may be why applications from California high school seniors at UC's nine college campuses have increased about 12% year-to-date from last year, according to preliminary figures.

Additionally, some UC and CSU campuses, particularly those considered highly prestigious, may receive more applications and enrollments from Californians who, due to pandemic concerns, have abandoned their plans to attend out-of-state colleges.

Across UC, the number of freshmen was estimated to have increased by 2.5% compared to fall 2019, in part driven by additional state funding that allowed additional spaces for Californians.

Due to technology issues with its application server, UC extended its deadline by four days to December 4. Then, to reinforce applications where there was still potential space, it was extended until January 8 for transfer applicants to the Santa Cruz and Riverside Campus and for freshmen and transfers in Merced.

At some CSU campuses, published deadlines or so-called priorities were often considered flexible if there was space in certain majors and programs. This year, more applications will be allowed in this way than ever.

For example, the pandemic has compounded current enrollment problems in Humboldt State. That CSU campus in far northern California faces a declining population in its region and a decline in Southern California attending what some perceive as a school too far from home. Humboldt State saw its enrollment of new freshmen drop by about a third to 542 last fall of 2019; which continued a sharp decline from 1,420 five years ago.

For the past several years, Humboldt has set a February 28 deadline for priority in all races. This year, the school is repeating that date, but hopes to allow more applicants than ever to be considered until late spring if there is space in some programs, according to Pedro Martínez, director of admissions.

The pandemic and online education "definitely made things more difficult to convey our message about what the university has to offer," Martinez said.

However, Martinez said the first signs are that the campus may increase the number of freshmen by next fall as admissions officials work hard to answer student questions about housing, financial aid and majors.

CSU San Bernardino will have held at least 200 online events, high school virtual tours and other workshops to recruit and enroll applicants in this application cycle, estimates Rachel Beech, associate vice president of enrollment management. The campus has extended its first-year priority application deadline until February 1.

The university enrolled 2,300 freshmen last fall, about 250 fewer than fall 2019, but that loss was offset by gains in transfer students, Beech said. She hopes to enroll roughly the same number of students next fall, but emphasized that some high school seniors continue to hesitate to make college decisions due to uncertainty about the pandemic and the economy.

That makes it difficult to predict and plan. "All of our playbooks are a little out of the window," Beech said.