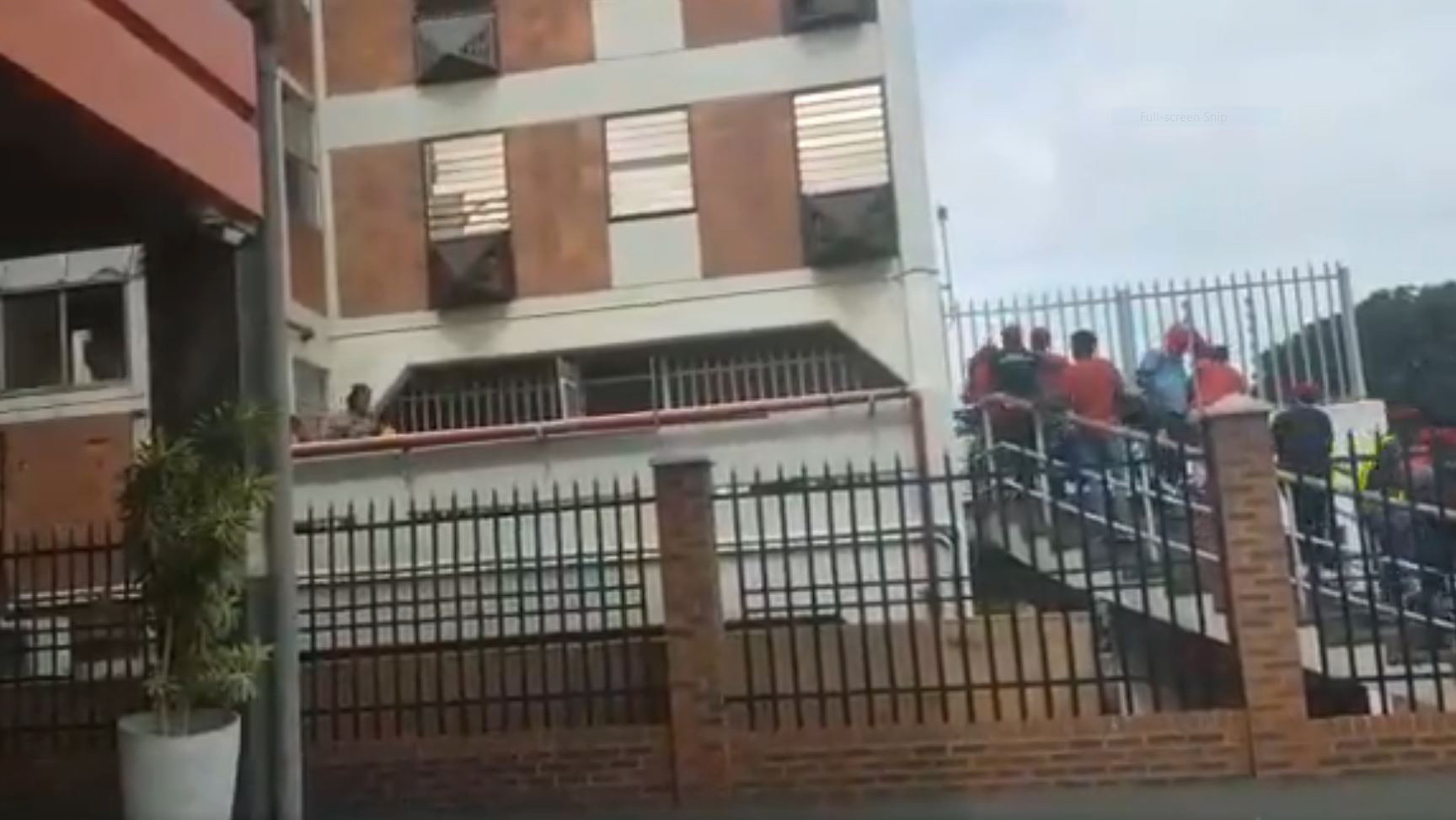 The University of Technology of Durban closed after deadly protests

The Durban University of Technology (DUT) has closed its
Gates after the death of a student who was allegedly shot by a soldier
Security officers while protesting for free education.

Several universities in KwaZulu-Natal faced vicious waves of protest this week, which coincided with what was supposed to be the start of the 2019 academic year. While vicious vandalism and violent rebellion forced the closure of all campuses in the University of KwaZulu-Natal (UKZN) on Monday, the last dismissal occurs after the death of a student

#DUTShooting Free Education is promised , now we have to die for it? pic.twitter.com/YvvyNro6ja[19459003◆-SizwePapiyane(@sizwewilmont)5defebrerode2019

#DUTshooting Stop condemning Cyril And Anc for the consequences of the actions of Effsc. Those guys were attacking a src woman in that building, tell me how she's fighting for a free education, security was saving her. He had no shield
@CyrilRamaphosa @Julius_S_Malema @AdvBarryRoux pic.twitter.com/yHtpJzDyOV[19459003◆-Farm_Boy_Debeila(@DeLarden)6Defebreroof2019

According to the Comando de los Estudiantes de los Combatientes de Economic Freedom
(EFFSC), which has been one of the driving forces behind the widespread
Representative Council Rising (SRC), the victim of the alleged shooting is 20 years old
Mlungisi Madonsela. It is alleged that while protesting on Steve Biko's campus previously
In the week, Mandonsela was fatally shot by private security guards who had
hired to stifle dissent.

Colonel Thembeka Mbele, regional spokesperson for the South
The African Police Service (SAPS), was the mother of the details surrounding the incident,
only revealing that Mandonsela was part of a group of protesting students
] Apparently, he had thrown stones at members of the university staff. Mbele confirmed that
an investigation into the murder was currently ongoing.

We were struck by the fact that a student, a member of the EFFSC, was shot to death by a private security in the DUT. @EFFSouthAfrica @Julius_S_Malema

The Durban University of Technology sends its condolences

As a result of the death, and subsequent police
investigation, the University of Technology of Durban has decided to suspend its
academic program, indefinitely. In an official statement, the university
declared:

"The University of Technology of Durban (DUT) has received the sad news that one of the students who participated in a protest action is late (February 5, 2019), off campus Steve Biko of the DUT, has unfortunately died.

The cause of death and the details of the incident are not yet clear, as the matter is still subject to a preliminary investigation by police officers The University is saddened by this unfortunate incident, and due to the sensitivity of this incident, the University can not divulge more details at this stage.

DUT sends its Sincere and sincere condolences to the relatives and friends of the deceased, we ask that the family and the University be offered the opportunity to mourn the death of the student.

As a result of this tragic or incident and many other violent altercations, the Administration of the University has decided to close the University even further. realize. An additional communication will be published as soon as more details about the activity of the University are available. "

According to the university statement, Madonsela approved
away while receiving medical care at City Hospital in Durban.

Cause of university protests

The death of Madonsela marks the first death of the recent outbreak of violence based on the protest that has involved the universities in both KZN and Johannesburg. SRC leaders demand that all universities close until their demands are met.

Among these demands are free education requests, through which non-scheduled records are supported and supported by the university administration. The National Student Financial Aid Plan (NSFAS) has also been blamed for not providing students with adequate funds. Inadequate accommodation for students is also one of the fundamental problems of the protesters.