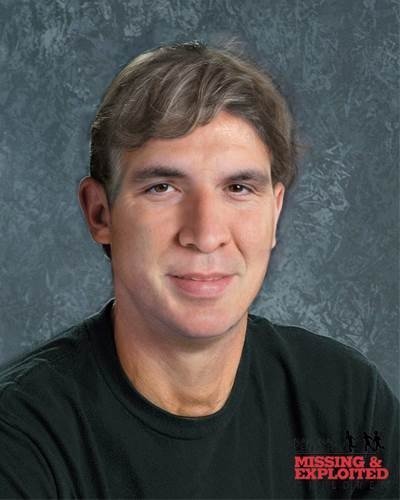 When Andrew Jackson "Drew" Greer Jr., 15, was listed as missing in Clayton, Michigan, in 1979, rumors circulated that he had been killed, although there was never any evidence.

The case finally cooled down. In the years that followed, the missing fliers that presented the adolescent, forever 15, seemed more disturbing than beneficial.

This week, almost 40 years after Greer's disappearance, Michigan authorities say the persistent mystery was resolved with the discovery of the teenager's remains about 765 miles from where he was last seen alive.

For James Bowman, Greer's half brother, the news means that his family can stop waiting and wonder and finally let Greer rest.

"It's a bittersweet ending …," Bowman told The Detroit News. "Of course, as a family, we all wanted him to be alive … But today we have the closure, it is officially him and they have found him"

In the strange case of missing Drew Greer, it did not make much sense. The last time someone in Clayton saw the teenager was on February 12, 1979. He was reportedly suspended from Addison High School that day after he was caught with a pocket knife.

Around 5 p.m., a Michigan policeman was sent to the home of Greer's mother. According to the police report, Greer's mother told the police that her son had not returned home from school and that he had possibly escaped.

"The last time it was confirmed that Andrew [having] had left Addison High School in Addison," reads a synopsis of the Missing National Systems and Unidentified Persons case, or NamUs.

Greer's friend, Scott Szeve, told the Daily Telegram of nearby Adrian, Michigan, that he had seen Greer the day the teenager disappeared. According to Szeve, Greer did not really want to go home and face the consequences of his suspension. Instead, the two were in a "fort in the forest." Greer finally left and "that was the last time I saw him," Szeve said.

According to reports, the investigators conducted extensive interviews in the case. There were rumors about the disappearance of the teenager, including one in which he was killed and buried near a barn. However, no real evidence about the teen's whereabouts appeared. The case baffled the detectives and was eventually relegated to the filing cabinet.

In April 2000, Greer's father asked the investigators to reopen the case. According to the police, Greer's father was "very sick with cancer and is desperate to find a closure."

A detective re-examined the file and additional interviews were conducted, but as was the case in 1979, the investigation went nowhere.

Another decade passed without answers.

In December 2014, this time at the request of Greer's half brother, the case was reopened. The assigned investigator, Michigan State Police Detective sergeant. Larry Rothman, discovered that Greer had never been admitted to any of the national databases of missing persons. He remedied the problem and collected DNA from family members compared to unidentified remains, the Daily Telegram reported.

According to The Telegraph, Rothman investigated the case until December 2017. Before leaving, he said a sentence.

"Asking God, if he wants this to be resolved, he'll have to do it because I've done everything I could do," he told The Telegraph.

Meanwhile, Anthony Strickland, a deputy sheriff retired in Bibb County, Georgia, was wondering about a cold case he had always been worried about: the death of a teenage hitchhiker on Valentine's Day, 1979.

According to Georgia police, an unknown teenager was attempting to cross Interstate 75 near Macon when he was hit and killed by a semi. The teenager was not wearing identification. Authorities said he carried more than two dozen candy bars and half a dozen chiclos.

The police received a clue from a man who claimed to have taken the teenager on a walk that same day. According to reports, the man told police that the teenager said his name was Drew Greer. But as promising as the leadership was, the name meant nothing to the authorities in Georgia. The investigators could not verify the tip and there was no match with the fingerprints of the unidentified adolescent in the national database.

Strickland told The Telegraph that he was a young deputy in the spring of 1979, when he witnessed the descent of the teenager's body to an unnamed grave.

The deputy, who retired in 2000, never forgot the teenager and sometimes looked for clues on the Internet. He was doing it earlier this year when he came across a website that contained the names and information of fugitives from across the country. While reviewing the cases that had been reported in February of 1979, he saw the name of a fugitive Michigan suspect, Andrew Greer.

"I looked at a map and I could easily see how it could reach 75," Strickland told The Telegraph.

According to The Telegraph, Strickland contacted Rothman on February 12, 39 years after the teen disappeared.

In April, Rothman and Strickland stood together at the destitute's grave while the remains of the unidentified teenager stood up from the floor. Later that day, the remains were transported to the Crime Laboratory of the Georgia Office of Investigation. A DNA sample was taken and sent to the Human Identification Center of the University of North Texas for comparison.

"Based on the evidence and testimonials [of witnesses] I expect a miracle," Bowman told The Daily Telegram. "It will mean closure for the rest of the family."

That "miracle" occurred on Tuesday, when the Texas laboratory notified the Michigan State Police that the DNA extracted from the remains in Georgia was compatible with Drew Greer. Authorities said they suspect that Greer was killed while traveling from Michigan to Florida, where his father lived.

Arrangements are being made to return Greer's body to Michigan.

Bowman, who was 4 years old when his half brother disappeared, is planning a memorial service. Although he is happy to finally have a closure, he wishes his mother was still alive to hear the long-awaited news, according to The Detroit News.