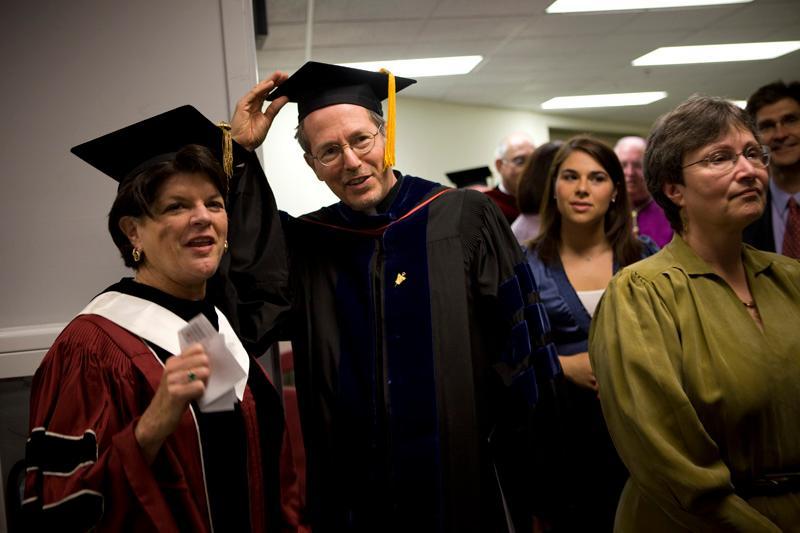 The president of the University of Santa Clara, Michael Engh, resigns

The president of the University of Santa Clara will resign at the end of the academic year 2018-19, the school announced on Friday.

Father Michael Engh, 68, has led the Jesuit institution for the past decade, overseeing the expansion of title offers and increasing the number of applicants by 60 percent.

"As I have reflected on the path of the university as well as mine, I came to the conclusion that now is the time to bring a new leader to take the University of Santa Clara to the future," Engh, the 28th of the leading school He said in a statement. "Santa Clara is thriving and reaching new levels of achievement in teaching, curriculum development, scholarship, creative expression and service to our students and the community at large."

"With our talented and capable leadership team, I know we will not lose the rhythm and we will continue to advance our priorities to ensure the long-term success of Santa Clara," board chairman Paul Gentzkow said in a statement.

Engh, who previously served as dean of Bellarmin College of Liberal Arts at Loyola Marymount University in Los Angeles and sits on the Silicon Valley Leadership Group board, will take a sabbatical in June 2019 and then meet with leaders Jesuits to determine their next task.

During the presidency of Engh, the university almost doubled its endowment from $ 515 million in 2009 to $ 926 million in 2018. During his tenure, Santa Clara University received several large donations, including $ 100 million from Susan and John A. Sobrato and $ 30 million from the Thomas and Dorothy Leavey Foundation to reinforce the school's STEM (science, technology, engineering, and mathematics) offerings and deepen their ties with Silicon Valley.

"Father Engh has passionately embraced the vision of the University," Gentzkow said, "to educate the citizens of the world and the leaders of conscience and compassion."

In recent weeks, Engh and his administration have also faced some criticism from the adjunct faculty for refusing an application to work with them to unionize.

Engh did not address the criticisms in his resignation.

"The decision to give up this position, one of the great honors of my life, certainly was not easy," he wrote in a letter to the faculty on Friday. "However, ideas born of deep personal reflection are an important guiding light, we teach this to our students, and it is also true for me."