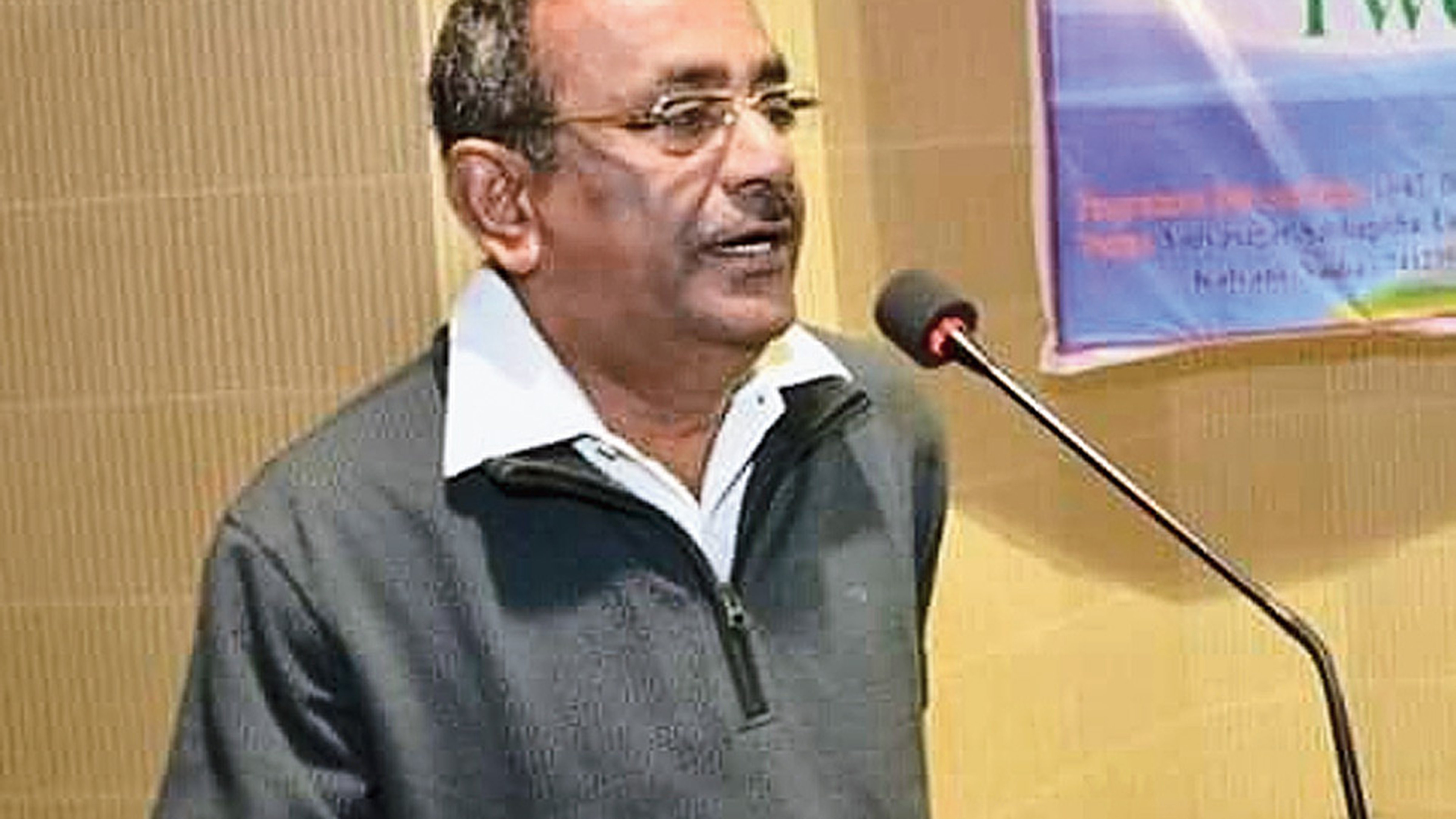 Juran Krishna Sarkhel, a professor of library and information sciences, died of cardiac arrest by introducing senior speakers at a national conference. Seminar at the University of Kalyani on Saturday. He was 63 years old.

Sarkhel, a former interim secretary and vice chancellor of the university, collapsed on the podium around 12.30 in the afternoon. "After the inaugural program, Professor Sarkhel delivered an introductory speech. Later he began to introduce the main speakers. Then apparently he had pain in his chest. He collapsed before anyone could find out what was happening. He was taken to the hospital but it was too late, "said a student present at the seminar entitled" Libraries in the next era: digital learning landscape. "

Sarkhel, a resident of Rishra in Hooghly, was a former Director of the The university's distance learning department had also served for two decades at the University of Vidyasagar.

Sarkhel had obtained the MLIS and the PhD from the University of Jadavpur and also served as a visiting scientist at the Institute. of Statistics of India, Bangalore, and was a board member in many universities.

The Vice Chancellor of Kalyani University, Sankar Kumar Ghosh, and many professors and students went to the hospital to pay Their tributes to Sarkhel

Sumit Mukherjee, former dean of arts, described Sarkhel as a great teacher. "He was also a sensitive person, and his death is a great loss for the students. Students, personally, it is an irreparable loss to me. "

Sarkhel is survived by his wife Gouri, a Bengali literature teacher and two children.