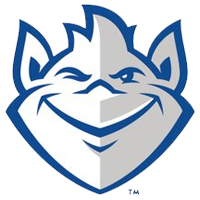 MILWAUKEE – For the second time this week, Marquette University men's soccer won unconditionally. This time, the hero was youth forward Lukas Sunesson who scored the golden goal within five minutes of first overtime to lead MU to a 1-0 non-conference victory over Northern Illinois.

Sunesson took a cross from second-year defender Alex Mirsberger and hit him in the back of the net to help the Golden Eagles (2-0, 0-0 BIG EAST) remain undefeated.

"I'm so proud of all the guys," Sunesson said. "We were working hard to get a shot, but we couldn't hit one in regulation time. We defended well and kept our second clean sheet in a row. Both teams had a lot of chances to score, we just worked a little harder at the end. Alex [Mirsberger] He gave me a great ball and I didn't have to do much, just put the ball in the net ".

Sunesson led MU with four shots (two on target) while Beto Soto made three shots in the afternoon. As a team, the Golden Eagles edged the Huskies, 16-15.

Second-year goalkeeper Chandler Hallwood started and played the first 64 minutes of the game. He picked up right where he left off and saved four shots to keep a clean sheet. Junior Cedrik Stern came off the bench and took the victory, playing 36 minutes and saving one shot.

17 different players appeared for MU and two debuted at Blue & Gold. Junior midfielder Cristian Gennaro was the starter and Zyan Andrade came off the bench to play 66 minutes.