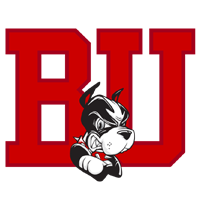 PROVIDENCE, R.I. – The Providence College softball team split its season-opening doubleheader with Boston University on Sunday (March 7). The Terriers took game one by a score of 4-0, before the Friars responded with a 2-0 shutout victory in game two.

GAME ONE HIGHLIGHTS
– Graduate student Sarah Gunderson allowed seven hits and four earned runs in six innings, striking out eight on her Friar debut Sunday.
– Julia Murphy entered the game in relief – posting a scoreless inning and striking out one.
– BU scored twice in the second on a two-run homer by Lauren Keleher and added singles in the fifth and sixth innings for a 4-0 decision. Ali DuBois went the distance, allowing just two hits and striking out 10 batters.
– Tori Grifone and Crista San Antonio recorded the hits for the Friars in the game.

GAME TWO HIGHLIGHTS
– The Friars jumped to a 2-0 lead in the bottom of the second inning thanks to RBI singles by Mairead O'Sullivan and Lauren Nunez .
.
– Freshman Tori Grifone threw a complete shutout in his first college start, giving up four hits and striking out seven Terriers.
– O'Sullivan, Nunez, Grifone, Madi Traver Marisa Jenkins and Jacque Harrington recorded hits for the Friars in game two.
– With the tying run at the plate in the top of the seventh, Grifone struck out Aliyah Huerta-Leipner to end the game.

ON THE COVER
Providence will host the Terriers for another doubleheader on Monday (March 8) at Glay Field starting at 1 p.m.