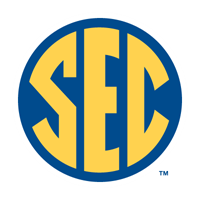 Rhodes, Richardson drives Kentucky past Florida under the lights of Friday night

LEXINGTON, Ky. – It was a thrilling final at home under the lights on Friday night, when the University of Kentucky women's soccer team defeated Florida, 3-1, at the Wendell & Vickie Bell Soccer Complex for their first win of the season. The Wildcats advance to a conference record of 1-4-3, accumulating a total of six points before the 2020 Southeastern Conference Tournament in Orange Beach, Alabama, November 13-22.

Kentucky scored three goals on the season. contest to help defeat Florida for the first time since October 19, 2014, and only the fifth time in the all-time series.
Kentucky and Florida tied for shots in the game, sending 15 apiece, while the UK took five of those 15 shots on the frame.

Jordyn Rhodes had an admirable night, scoring the first goal of the game in the 42nd minute, helping Kentucky take a 1-0 lead before halftime. It happened on a penalty kick, when the sophomore sent the ball past goalkeeper Susi Espinoza into the center of the net.

Surprisingly, Rhodes is 4 of 4 in penalty kicks this season.

Florida tied the contest in the 55th minute, when Gator Parker Roberts threw a ball into the upper right corner of the net on a long kick from left field.

Kentucky withstood the pressure of a tied game, as Rhodes and his sophomore teammate, forward Hannah Richardson tag, combined a pair of exciting goals to end the 90 minutes. Gator's defensive line to score his first goal of the season on a Rhodes header. Richardson, who has played limited minutes all season due to a preseason injury, jumped to an impressive nine goals in her career after being named to the SEC All-Freshman Team last season. He came back two shots on goal in the contest, recording five in total this season.

It was not more than 12 minutes later, the pair had threatened the defensive line and Espinoza once again. Rhodes hit the ball low into the net in the 79th minute, following a long cross by Richardson in left field.

Meanwhile, Kentucky's defensive line held a threatening forward group to 15 shots, the season low. Brooke Littman on the net collected nine saves, posting the second-most saves she has made in a game this season and in her seasoned career. The red jersey senior continues to lead the conference in saves this season, making a reliable save 52 times.