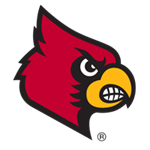 at the University of Louisville

In the No. 2 doubles, freshman Paul Reynolds and senior Ian Dieter pushed Jan Pallares and Patrick Sydow into a playoff for Bellarmine (0-2). The Knights lost in straight sets in their six singles matches. Sophomore Cole Groetsch at No. 1, and junior Evan Bottorff at No. 3, each won four games in one set.

"The team had a very positive weekend," said coach Will Davis . "Obviously, we did not come out with the W, but we learned and grew from these experiences. This weekend has helped us learn and see our strengths and weaknesses. Playing against these tough opponents now will help us later in the season."

Bellarmine will play two games Saturday at the University of Louisville.