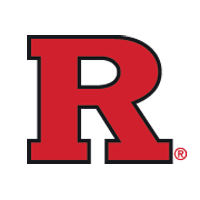 » Kaitlyn Mead recorded her first treble of the season.
»U-M won the tying control battle, 12-11.
» Maggie Kane had two goals and one assist.

COLLEGE PARK, Maryland – The University of Michigan's No. 17 women's lacrosse team fell, 12-9, to No. 10 Maryland on Sunday (February 28) in the final game of his two-game road series at the field hockey and lacrosse stadium. .

Junior Kaitlyn Mead led the Wolverines with her first hat trick of the season, with all three goals in the second half, while adding a tie control of the best five of the team. win. Senior Maggie Kane scored two goals and had an assist, and senior Caitlin Muir also had a three-point outing with a goal and two assists.

Freshmen Caroline Davis and Annabelle Burke continued to make an impact on Wolverine's offense, each scoring a goal in the afternoon .

Kane scored immediately after the first tie for Michigan (0-3, 0-3 Big Ten), but Maryland (2-1, 2-1 Big Ten) responded quickly to tie the game at 1 in the first four minutes. The Wolverines then scored three goals in a row, including converting twice from free positions to take a 4-1 lead.

The Terrapins regrouped and scored three straight goals over a three-minute span of consecutive Grace Griffin goals to tie the game at 4 with 7:30 left at the half. Maryland found an offensive explosion to close out the half with a 4-0 run and an 8-5 lead at the halftime break.

The second half started much the same as the first, as Kane gained tying control and set Mead up for his first of three goals just a minute and a half into the second half. Mead continued to cut Maryland's lead, recording his second goal with 19:54 left and scoring the treble with 18:09 left in the contest.

Maryland responded to Mead's goals with another 3-0 run to extend its lead to 12-8 before Michigan called for a timeout. Kane scored his second of the game outside of the timeout with 12:35 remaining, but it would be the last goal of the game for either team, as U-M fell for the third time this season.

Michigan will open its 2021 home season on Friday (March 5) when it hosts Rutgers to begin a two-game weekend series at U-M Lacrosse Stadium. Game times for the series will be announced.