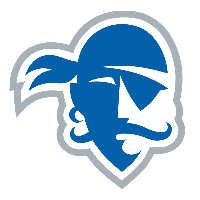 Huskies Win Third in a Row – University of Connecticut Athletics

The Huskies and Red Storm played a goalless first half at Belson Stadium. St. John's had a 4-2 advantage in shooting and a 3-1 advantage in shots on target. The senior goalkeeper in a red shirt Randi Palacios made three saves in the first half.

The deadlock was broken in the 73rd minute rd when the major free throw Melina Couzis from 35 yards was hidden by her senior partner Sophia Danyko-Kulchycky his second of the season. The Huskies would maintain the lead and win their first road game of the season. Palacios finished the game with four saves to record his sixth clean sheet of the season.

UConn will have nearly a week off before heading to South Orange, NJ to face the Seton Hall Pirates (2-7, 1-7 BE) on Saturday 3 April rd . The start is scheduled for 11:00 am at Owen T. Carroll Field.