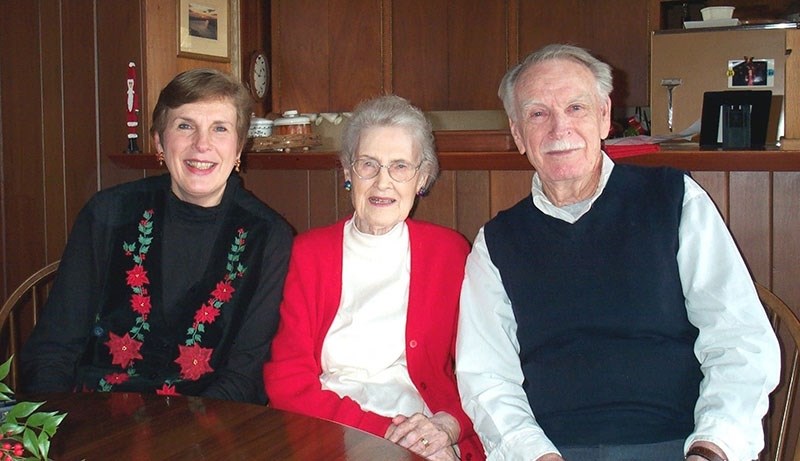 FAYETTEVILLE, Ark. – Diana “Sue” Hein, an alumnus of the University of Arkansas, appreciates the beautiful symmetry and the sense that life is circling. It really makes sense, given that she is the daughter of the late John G. Williams, founder of the university's architecture program.

In recognition of his father's legacy at A University and his own personal history with his alma mater, Hein is donating his family's home to the Fay Jones School of Architecture and Design, a testamentary contribution valued at $ 750,000. Your donation counted in Campaign Arkansas, the university's recently concluded capital campaign that raised nearly $ 1.45 billion to promote academic opportunities.

"John G. Williams was a talented architect and educator, and the University of Arkansas and the State of Arkansas have been the beneficiaries of his talent, vision, and ambition," said Peter MacKeith, dean of the school. “Although I did not have the privilege of meeting him, meeting Sue, his daughter, has been a gift to me, since I have come to know through her that history of the school and the community of architecture and design that resonates from school. . As we enter the 75th year of architecture and design programs at the university, it is clear that the history and legacy of the school are rooted in the vision of Professor Williams. Sue's gift from her family home, from the Williams home, to the school is symbolic and tangible, at the same time emblematic of our foundation and a material construct of continuing value for our future. Sue's gift is, in a word, exceptional… as she is, as her father was. On behalf of the school, I am deeply grateful to Sue Hein. ”

Williams is credited with founding the school in 1946, which began as a degree program in architectural engineering. He was the only professor of architecture courses from 1946 to 1950 and helped the program grow into his own department. It later became the School of Architecture in the 1970s when a landscape architecture program was added. In 1984, the University of Arkansas Press published The Curious and the Beautiful: A Memoir History of the Architecture Program at the University of Arkansas by Williams chronicling the development of the school.

He also designed and completed 15 houses in his Ozark Modernism style, primarily in Northwest Arkansas, all while continuing to teach until he retired in 1985. The house Hein is donating is one of 15 and is one of three in Fayetteville that They are listed on the National Register of Historic Places, the other two being Durst House and Clack House.

Like many children of university professors, Hein remembers growing up on the U of A campus and says that one of his strongest memories was going to the nearby elementary school.

He also enrolled in music and dance classes at an early age and performed orchestral practices and music and dance performances at the Centro de Bellas Artes, where his father's department of architecture and office were then located. Designed by Edward Durell Stone, a friend and mentor of his father, the building was completed in 1950, the same year that the first students, including Fay Jones, graduated from the department of architecture. It also happened to be the year Hein was born.

"Growing up, my experience had a lot to do with that building," he said. “It was such an exciting feeling to be surrounded by the beauty of my father's office and in the presence of the architecture college at the time. My ties to the university inspired my gift, because it was so important and meaningful to me at a young age. ”

Her time at the Center for Fine Arts was so special to her, and her love of music and the performing arts so strong, that she enrolled at the University of Arkansas to study music.

Despite moving northeast, the U of A and Hein's hometown of Fayetteville always remained close to his heart. When he considered what he wanted his father's legacy to be, he thought of his family home.

“I want my father's legacy to be recognized in this house that he designed, built and lived in,” he said. “It means full circle: the way he built the architecture program at the University of Arkansas and this house and how this physical gift of a built house is being given to the school. It is a beautiful symmetry. "Poetic" is the best word to describe this gift, and it represents my recognition of my father's legacy and my history with the university. "

Williams' dedication to his architecture students highlights Hein. Tasked with juggling the growth of his program, hiring new faculty and staff, participating in campus planning, and leading accreditation efforts, she recalls that he put his students first. She also remembers her mother, Faye, supporting his advancement in school and even working alongside him in the early days of the architecture department.

"My father's ability and vision for an expanded department meant that students would have the opportunity to have a broader education, "he said." I wanted them to be able to graduate from college and work as successful architects in their field. "

Hein says it was important before his father invited practicing architects like Frank Lloyd Wright to visit the campus and give lectures to his students.

“It was always exciting for people to meet the visiting architects and artists my dad invited to campus, ”he said.

In the spirit of this tradition, the family of Frank Doughty, one of Williams's students, created the John G. Williams Fellows Endowment in the early 1990s, so that practicing architects could continue to be brought to campus to interact with students.

Hein credits Dean MacKeith for a renewed emphasis on funding this gift and says he is grateful for his work.

"I admire and respect Peter, and I can see his vision," he said. "You have a wonderful opportunity to create something special for current and future students."

In 2021, the Fay Jones School of Architecture and Design will celebrate the 75th anniversary of its founding by Williams. Additional details about Hein's gift will be released in conjunction with that celebration.

"I am proud that what began as my father's efforts led to it being named a school of architecture," Hein said. "I would be very impressed and happy to see how it has grown, developed and prospered."

Hein is a member of the Arkansas Alumni Association and is counted as a Full for his 12 consecutive years of giving to the university.

About Campaign Arkansas : Campaign Arkansas is the recently concluded capital campaign for the University of Arkansas that raised a record $ 1.449 million to support the university's academic mission and other key priorities, including academic scholarships and based on needs. , technological improvements, new and renovated facilities, undergraduate, graduate and faculty research, study abroad opportunities and other innovative programs. The University of Arkansas provides an internationally competitive education for undergraduate and graduate students in a wide range of disciplines as it works to fulfill its public land grant mission to serve Arkansas and beyond as a partner, resource, and catalyst.