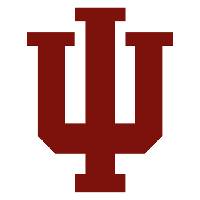 SANTA BARBARA, Calif. — Azusa Pacific Women's Water Polo saw 10 different players score in their 22-7 victory over Ottawa on Friday afternoon. The Cougars cruised to their first win of the 2022 campaign in style leading from start to finish. Pascual each had personal records with four goals each. White and Ochoa each provided two assists, while Boix Pascual had a pair of steals in the win. In all, Kate Green-Jones recorded 10 saves and the Cougars only allowed seven total goals in the game.

How it happened: In the first 20 seconds of In the game, Milena Guzmán Ortiz scored on a penalty kick that gave Azusa Pacific the early lead. Shyanne Rainey and White sprang into action just over a minute later to put the Cougars up 3-1. Boix Pascual got on the scoreboard with a goal to close the first half with the Pumas leading 5-2.

In the second half, White scored his second and third goals of the afternoon to extend the lead to 7 -2 before Guzmán Ortiz scored another goal on a penalty kick to put the Pumas up by six. The Spirit scored on the power play to get back to 8-3 before Azusa Pacific closed out the half with four straight goals to open the game wide. Ochoa scored his second of the match from a five-meter penalty before Boix Pascual also scored his second less than a minute later. Guzmán Ortiz scored his third goal with just over a minute left in the period before Kyra Kahahawai got on the scoreboard with a five-meter penalty of his own.

In the fourth period, the Cougars scored four more goals to cap off the win in style. Ochoa doubled his tally in the fourth with a pair of goals while Boix Pascual also scored his fourth in the period. Kaelene De Bie scored her first goal of the season with just 33 seconds remaining for the Cougars' 22nd and final goal of the game.

In numbers: Azusa Pacific he scored 22 goals, the most since a 24-8 win over Ottawa at the start of the abbreviated 2020 season. Four different Cougars scored for the first time this season and Boix Pascual scored his first collegiate goal. Indiana University at 9:15 a.m. m. before facing Brown University at 2:45 p.m. m.