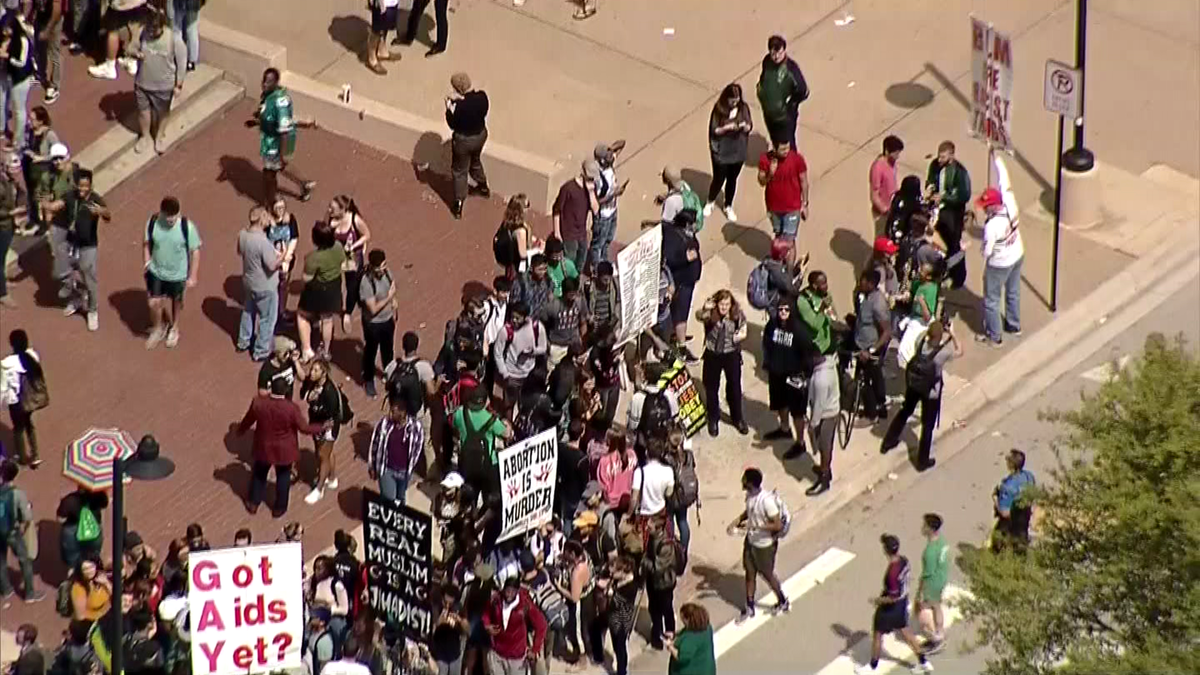 Protesters encountered counter-demonstrators for a second day off campus at the University of North Texas in Denton.

On Thursday afternoon, the university said in a statement that a small group of about seven or eight non-UNT students were on the streets holding signs with "several slogans and phrases aimed at provoking emotional responses from passers-by"

the student group beat the protesters once again on Friday.

In response, about 600 students gathered Thursday at the Library's mall to "express views on love and peace." Some carried signs and sang "true Christians do not hate." The severe dozen turned out Friday too.

Unprocessed emotions at the funeral of Stephon Clark

The university said that those involved on both sides remained peaceful on Thursday, and they appeared to be peacefully again on Friday from Texas Sky's point of view Ranger.

"Our university has a tradition of valuing the many points of view and experiences of our members, as well as their moral, ethical and religious beliefs and practices. The most important assets of our community are the collective diversity of thought in this university, our willingness to respect and examine different points of view and our ability to engage in a constructive civil dialogue, "the university said in a statement on Thursday.

The group of protesters originally refused to identify themselves, but according to the university's student newspaper, the North Texas Daily, the group has been identified as part of the National Conference of Street Preachers that is currently being held. out in Arlington.

The group's website called the event at the UNT a "reach" and according to the website of the National Preachers Street Conference planned another event for Sundance Square in Fort Worth the Friday night, they plan to be at Grassy Knoll in Dallas on Saturday afternoon and return to Sundance Square on Saturday night.