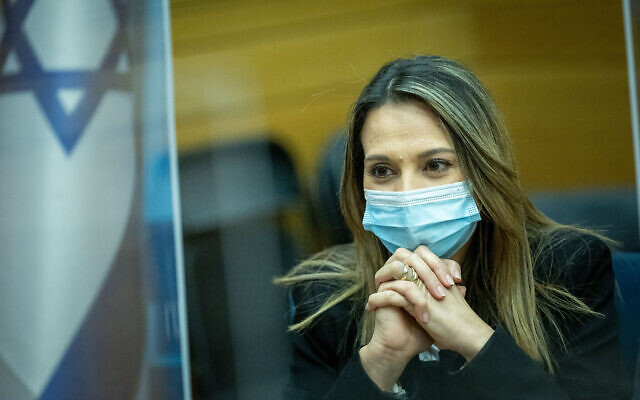 Bar-Ilan University, Israel's second-largest academic institution, announced Sunday that it would switch to remote learning until the end of the first semester as the Omicron variant spreads rapidly, causing infections nationwide.

The university said in a statement that, starting Tuesday, it will begin using the Zoom videoconferencing application for classes, a policy that will continue until the end of the semester on January 14.

"Although there have been no changes to the guidelines [government] so far, we have made the decision to move the studies to Zoom to minimize contact as much as possible and help stop the chain of contagion," the university said in a statement at which indicated that it was a constant contact with the Ministry of Health and the Council of Higher Education of Israel

He said research activities, practical training, laboratory studies and tests scheduled to take place on campus will proceed normally. Libraries will also remain open to students on campus, although reception in departments and administrative units will also move online.

The university said an update on exam arrangements will be sent out in the coming days.

Bar-Ilan emphasized the need to be diligent in wearing face masks on campus and said the Green Pass rules will apply, limiting entry only to those who have been vaccinated or recovered from COVID-19 in the last six months, or who tested negative in the last 72 hours.

The change would only apply to the university's main campus in Ramat Gan, not to its medical school in the northern city of Safed, where the local administration will decide its own arrangements, according to the statement.

Other universities, including the country's largest, the Hebrew University of Jerusalem, have not taken a similar step toward distance education.

People queue at the entrance to a rapid testing center for COVID-19 antigens in Jerusalem, on December 30, 2021. (Olivier Fitoussi / Flash90)

Figures from the Ministry of Health published on Sunday morning showed that 4,197 new cases were confirmed on Saturday, a number affected by the reduction in testing at weekends, with a positive test rate rising to 4.57 percent. Daily new infections in Israel have soared from fewer than 1,000 new cases about 10 days ago to nearly 5,500 on Friday, and active cases have nearly tripled in a week to 31,958. The total number of confirmed infections since the onset of the pandemic is about 1.4 million.

However, severe cases have seen a much more moderate increase, from 77 on December 22 to 110 on Sunday. The death toll stood at 8,244. There have been four COVID-related deaths in the country since December 21.

Education Minister Yifat Shasha-Biton intends to push to keep high school students in class as much as possible instead of sending them to distance education and will try to ease the so-called traffic light rules that are being enforced. currently seventh to twelfth -qualifiers.

Under existing rules, schools where less than 70% of students are vaccinated and that are located in communities designated as "red" due to high rates of coronavirus infection must switch to distance education. Shasha-Biton said Saturday that the method was closing too many schools and that she preferred the rules to be more selective, applying only to each class where there is a confirmed case of COVID among students in the "red" communities.

"There is no reason for entire classes to automatically switch to distance learning when they have no confirmed cases," he said. “In a class where there is a confirmed case, the rules for vaccinated and unvaccinated will apply to those who have been exposed, rather than closing the entire school.”

However, the Ministry of Health wants the existing arrangement to continue. During Sunday and Monday, some 1,500 classes with a total of 45,000 students had to switch to distance education due to the spread of the virus.

Figures from the Ministry of Education show that there are currently 7,911 confirmed infected students and 51,703 who are in quarantine. In addition, there are 2,246 members of the educational staff in isolation. Fifteen schools and five kindergartens have been closed due to infections.

Minister of Education Yifat Shasha-Biton attends a meeting of the New Hope faction in the Knesset on December 13, 2021. (Yonatan Sindel / Flash90)

The Knesset Education Committee will meet on Monday to discuss a request from the Health Ministry to extend the traffic light program as it stands, as well as to review other possible plans for the education system. The traffic light plan expires at midnight on Monday.

Bar-Ilan's move came as a leading health expert advising the government on the COVID pandemic predicted that one in three to four Israelis will be infected with the Omicron variant of the coronavirus over the next three weeks, warning that the country it would run out of virus test kits under load.

In an official report given to the coronavirus cabinet and in a series of media interviews, Professor Eran Segal of the Weizmann Institute estimated that between 2 and 4 million of Israel's total population of about 9.5 million will end up infecting Omicron, but the number of simultaneous severe cases will not exceed the current record of approximately 1,200.