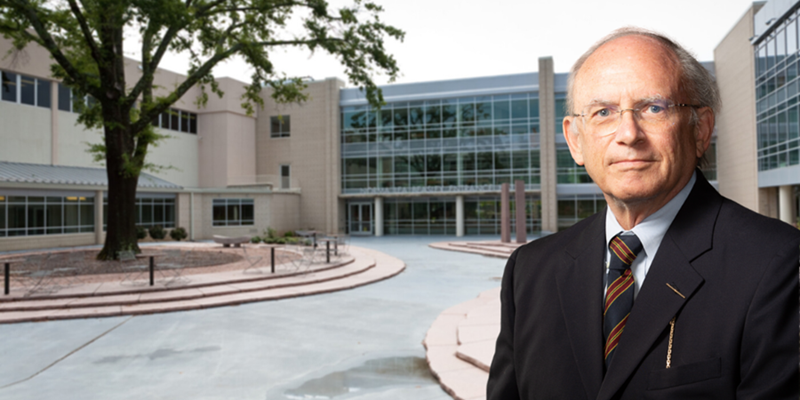 In a special issue dedicated to its annual symposium, Arkansas Law Review has published a collection of articles examining the infamous decision of the United States Supreme Court in Korematsu v. United States .

In the centerpiece of the symposium, Mark R. Killenbeck, Distinguished Professor of Law at the U of A, states that there is an important insight beneath the problematic surface of Korematsu . His essay focuses on the fundamental legal concept of "strict scrutiny" and finds its beginning in the decision Korematsu .

Strict scrutiny is the most rigorous standard of review used by the courts and has served as the basis for repealing virtually all measures that discriminate on the basis of race, ethnicity, or national origin.

Thus, despite his rightly maligned position, Killenbeck argues that Korematsu still holds a central place in the constitutional order due to its "articulation of precepts and terminology that provide the basis for strict scrutiny."

Sanford Levinson, W. St. John Garwood and W. St. John Garwood Jr. Centennial President at the University of Texas School of Law, and co-author of Fault Lines in the Constitution and Democracy and Dysfunction praised the symposium Arkansas Law Review and added: “I think Mark Killenbeck's article on Korematsu (and much more) is one of the most stimulating essays I've read in years It raises profound questions about how lawyers, slaves to the Supreme Court, define issues of fundamental importance. It deserves to become a classic both in the classroom and in the conscience of jurists ”.

Mark Graber, a law professor at the Maryland Regents University System, in turn, observed that “ Arkansas Law Review has assembled a star-studded cast to examine Mark Killenbeck's own groundbreaking analysis of the legal profession. in two of the most important cases decided by the Supreme Court, Korematsu v. United States and Trump v. Hawaii The volume as a whole will stimulate exciting conversations in the legal academy, as well as in history and political science. ”

Faculty members from the U of A School of Law also praised the law magazine's collaboration with Killenbeck and the excellent group that criticized his work. Alex Nunn, assistant professor of law and faculty advisor to the Arkansas Law Review insisted that the symposium topic could be a turning point for the magazine. “Professor Killenbeck has assembled some of the most impressive constitutional scholars in the country in the pages of Arkansas Law Review. We owe you a debt of gratitude. The number of the magazine's symposium is immense, and the project is sure to cause a sensation across the country for years to come. "

Arkansas Law Review Editor-in-chief Nick Bell echoed from Nunn's perspective, stating: "It is an incredible privilege to work with this group of scholars. They are the best of the best. We are deeply grateful that they are willing to allow us to publish their work and add sparkle to the review."

The symposium number is publicly available on the website Arkansas Law Review and will be published shortly.

The Arkansas Law Review is edited by sophomores and juniors at A University School of Law and is the leading legal studies journal in Arkansas.Originally called Law School Bulletin the journal has been published since 1929. It changed him named in 1946.

About the University of Arkansas: As Arkansas's flagship institution, the U of A offers an internationally competitive education in more than 200 academic programs. Founded in 1871, the U of A contributes more than $ 2.2 billion to the Arkansas economy through teaching new knowledge and skills, entrepreneurship and career development, discovery through research and creative activity. , while providing training for professional disciplines. The Carnegie Foundation ranks U of A in the top 3% of American colleges and universities with the highest level of research activity. US News & World Report ranks U of A among the best public universities in the nation. See how the U of A works to build a better world in Arkansas Research News.