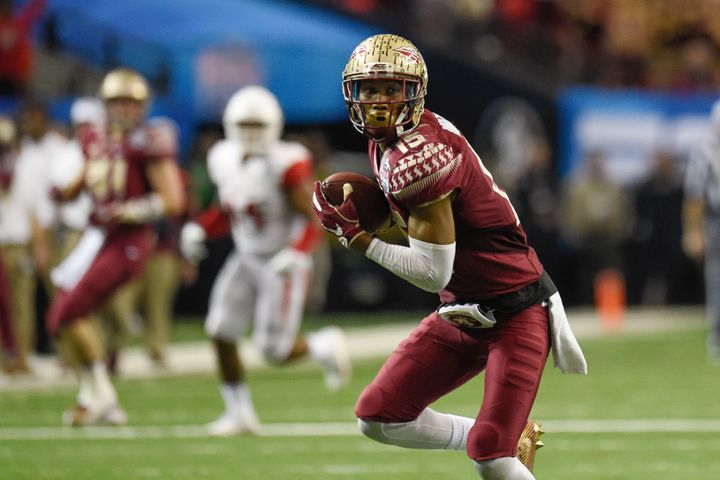 It has been an emotional moment for Travis Rudolph.

Just days after his father was killed by a supposedly accidental gunshot wound, the Florida State University football player took an important step toward making his NFL dreams come true.

Rudolph signed a contract with the New York Giants after being undrafted in this year's NFL draft, CBS reported.


The wide receiver gained popularity in August 2016 after a photo of him having lunch with a boy with autism went viral. The boy, Bo Paske, a sixth grader, has supported Rudolph into the NFL ever since.

Here is the photo of that first lunch together:

The family decided to postpone Rudolph's father's funeral services until after the NFL draft.

Darryl Rudolph was killed in an allegedly accidental shooting in late April. The elderly Rudolph was at Sugar Daddy’s Cabaret in West Palm Beach when an AK-47 assault rifle went off and shot him in the neck, WPLG reported.

Paul Senat, co-owner of the club, faces a charge of involuntary manslaughter in the incident.