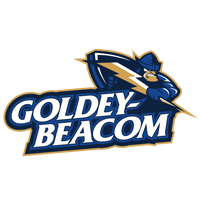 Shippensburg (2-2) opened the I played on an 8-0 streak before Holy Family (4-1) rallied to lead late in the first quarter. The Raiders led by one point at halftime, but the Tigers scored 23 points in the fourth quarter to take control.

SU posted a 42-36 rebounding advantage but failed to overcome 28 losses from ball. The Tigers had 13 steals and 31 points from their bench.

Junior Lauren Pettis led the Raiders in scoring with a career-high 21 points, going 5 of 6 at the shooting line free. Pettis added seven rebounds and one block.

Junior Lauren Mills had 13 points, seven rebounds, two assists, two steals and a block. Freshman Ali Hauck played 13 minutes, the season's maximum, and scored her first college points, totaling seven (including 5 of 6 at the free throw line) to go with five rebounds and one assist.

Holy Family had 21 points, six rebounds, three assists and two steals from Moe Moore, while Carolyn Prevost led the players off the bench with 17 points and was 6-of-8 from the court. Taylor Cotter added 12 points, three rebounds and two steals.

Shippensburg returns to action at 6PM. Tuesday when I host Goldey-Beacom for a non-conference showdown at Heiges Field House.