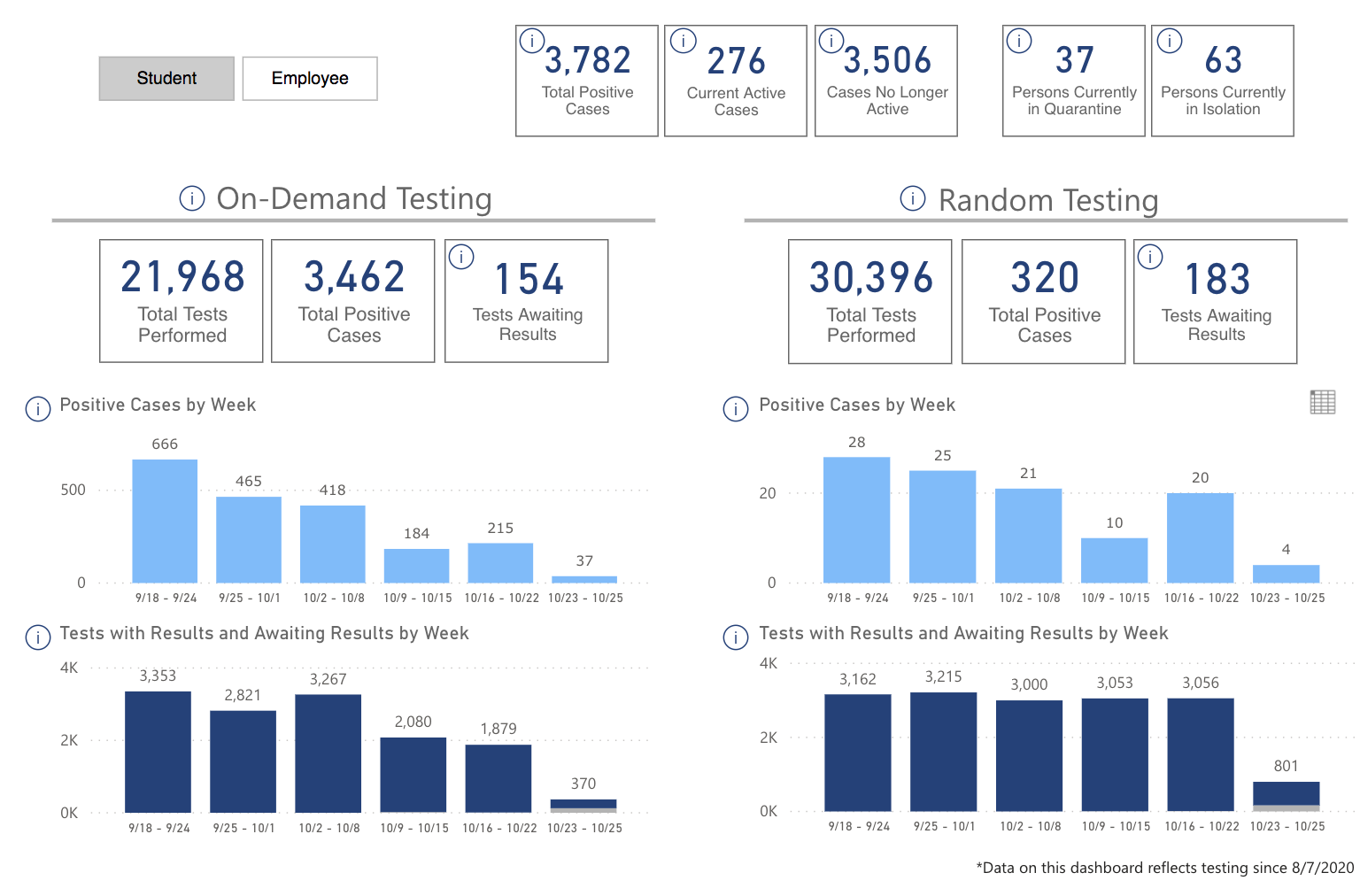 One hundred thirty-six more University Park students have tested positive for the coronavirus, according to the last update on Tuesday COVID-19 Dashboard from Penn State.

A lot of the positives added Tuesday appear to come from tests that were pending prior to the update. Last Friday, more than 500 students were waiting for results.

According to the dashboard update, 37 students are currently in quarantine on campus, while 63 are in isolation on campus.

Since testing began Aug. 7, Penn State has found 3,782 cases of coronavirus in students at University Park out of 52,364 tests administered. Additionally, 13 employees have tested positive so far.

According to the board, 276 student cases remain active at University Park, while 3,506 are inactive. Three cases of employees are active, while 10 are inactive.

It is worth noting that Penn State defines "inactive" as any case that is more than 10 days old. At this time, it is unclear how many inactive cases, if any, actually tested negative and are actually inactive.

Tuesday's update continued with Penn State's recent surge in reported coronavirus cases. The university added only 90 cases to the dashboard on Tuesday, October 20, but reported 108 cases on Friday, October 23, and 136 on Tuesday.

"We are seeing the number of positive results increase slightly and we are watching it closely," said Penn State President Eric Barron. “Now is the time to redouble our efforts to mask, socially distance, and avoid large gatherings. Every Penn Stater must act responsibly and take these simple steps over the next several weeks so that we can keep our local communities safe, minimize this increase, and send our students home healthy on November 20. ”

Penn State data and data from the Pennsylvania Department of Health may vary due to the lag between test collection and test results from various laboratories.

Throughout the semester, the university plans to randomly test at least 1% of its population each day at designated locations around campus, including the Bryce Jordan Center and the Eisenhower Auditorium. Students can also receive walk-ins at Pegula Ice Arena from 10 a.m. at 5 p.m. daily.