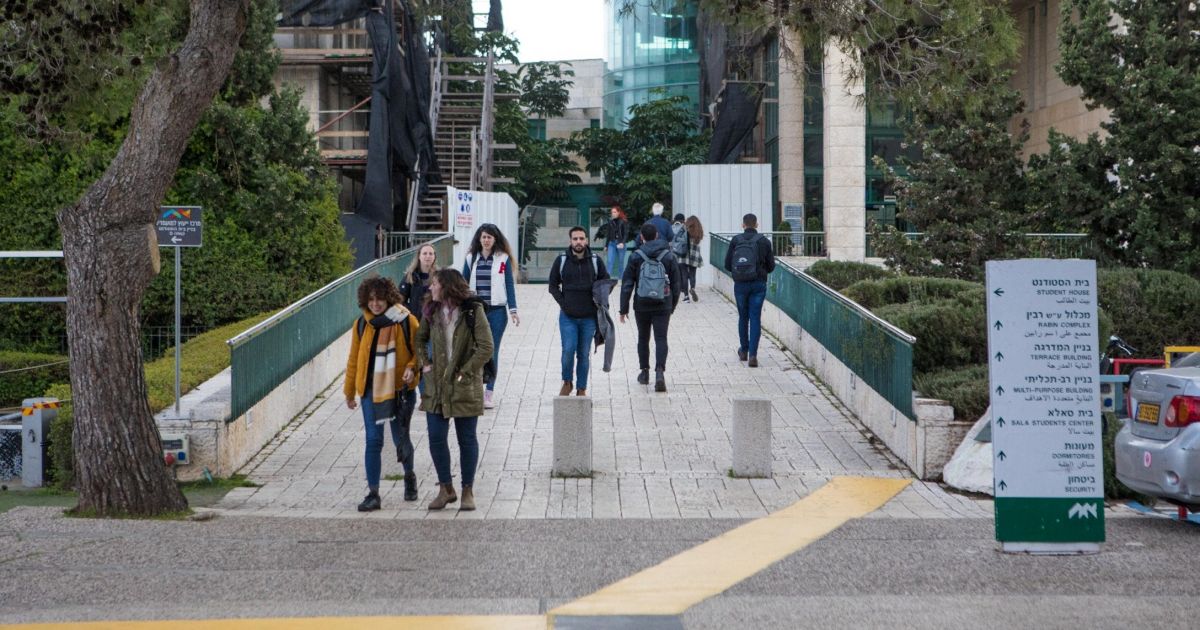 1,000 students from Haifa University pass English despite not completing courses, thanks to teacher strike – Israel News

Haifa University has awarded some 1,000 students taking compulsory courses of English a degree of "approval" although they had only four weeks of study, due to a six-week teacher strike that took class time.

Students study in the university's college prep program or are freshmen who did not score high enough on the English psychometric test to qualify for an exemption in English. Mechina instructors teach both groups of students.

Yaffa Balali, president of the university's junior teachers' union, who teaches English in the mechina, said: "The Management gave students a "gift" but did not really make progress in their level of English in terms of knowledge and fluency What does a passing grade mean for students who had only three or four classes?

Teachers claim that the decision of the university was aimed at undermining the effectiveness of the strike and who had tried to resume teaching students who were interested. The university administration rejected the request, informing them that their employment was suspended until the spring semester. The teachers applied to the Haifa District Labor Court demanding that the university allow them to return to work immediately under the terms that existed before the strike. The court suggested that the two parties negotiate the terms of their return to work and recover the financial loss they had suffered.

The strike began in November as part of a campaign by the Mechina teachers to sign their first collective agreement with the university. About 50 of the 75 teachers went on strike. These instructors are responsible for teaching English to 1,700 freshmen and 600 students in the preparatory program.

Balali says that teachers are demanding job security, along with the option of reduced hours for teachers with young children or those over 50. "There are teachers who have been working 20 years or more, and every year I still do not know if they are going to teach and how much," said Balali. "Many of us are not full-time employees and teachers have to teach at other schools … The university prefers to recruit new workers and pay them by the hour instead of employing full-time full-time teachers. It's a purely economic matter. "

Get our daily election summary in your inbox

Thanks for signing up.

We have more newsletters that we think you'll find interesting.

The email address you have provided is already registered.

The University of Haifa said that it had worked all the time to end the strike as soon as possible possible for the good of the students and teachers of mechina. "Unfortunately, even after six weeks of hitting the junior teachers' union, I was not ready to finish with him, only when we got to the point, two weeks before the end of the semester, when we could not resume the studies and wait for material not studied for be completed, the university decided to finish the first semester studies and resume them in the second semester, while doing everything possible to reduce the damage to the students, who were being taken as hostages against their will in a dispute that are not part of " , added the university.

"Given this, it was decided that the students in the courses that were really affected by the strike will get a passing grade in that specific course and can start the next semester with the next level course. "Interested students can repeat the course for which they registered the previous semester without charge," said the university.

Regarding the negotiations with the teachers, the university said: "The administration went towards strikes by making far-reaching offers, including reducing the number of teaching hours per position, reducing the teaching hours due at age, young children and more … Unfortunately, the teachers union did not respond to these proposals and continued this unjustified strike that seriously damaged the students. "