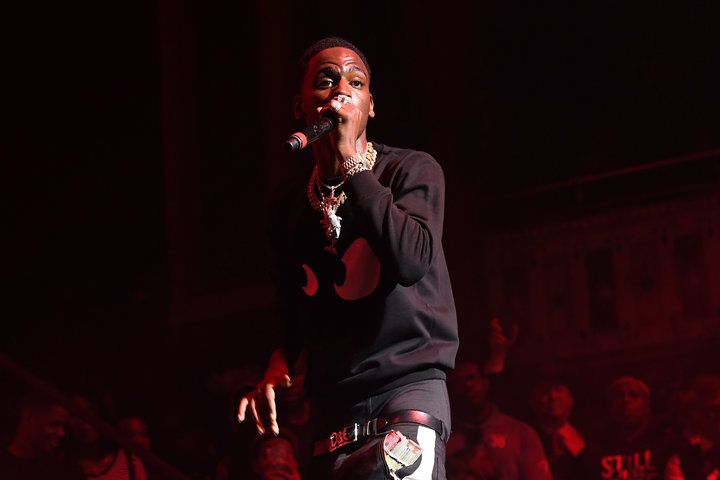 Young Dolph gives $ 20,000 to baristas fired for playing his song 'Get Paid'

When rapper Young Dolph says "collect", he actually says so.

The musician handed out $ 20,000 to two Duke University students dismissed from their barista jobs for playing Dolph's song "Get Paid" at a campus cafeteria.

Dolph heard about the layoffs last week and brought both former baristas to their presentation on May 11 at the Rolling Loud festival in Miami for a special surprise. Halfway through the set, he invited Britney Brown and Kevin Simmons on stage and gave them $ 20,000.

"So look at this, this is what we're going to do." I know for sure that the vice president of that school receives money, but he does not receive money like Dolph, "said the rapper.

Duke students dance "Get Paid" by Young Dolph outside of Joe Van Gogh They were making a protest after two employees were fired in a controversial way because the vice president of Student Affairs realized that the cafeteria was playing the song pic.twitter.com/X6mkn1qufE[19459004consider-IndyWeek(@indyweek)9demayo2018

Brown and Simmons worked in Joe Van Gogh's cafeteria in Duke campus in Durham, North Carolina, last week, which Larry Moneta, vice president of student affairs, complained that the 2016 Dolph song was playing in the store. None of the students specifically selected the song and said it was on a playlist they chose at the beginning of the day.

Brown told the local Indy Week news site that when Moneta complained, he immediately turned off the song and offered him a free muffin.

Moneta's complaints came to Duke's foodservice director, who told Robbie Roberts, owner of the cafeteria chain Joe Van Gogh. The students were dismissed from their jobs on Monday.

The news of the shooting sparked massive protests on campus, and word spread to Young Dolph, who mentioned the uproar on Twitter:

Whoever the VP, not it matters to anyone but himself … I guess he was trying to teach students how to be selfish, I guess … … smh??♂️ ??

After the reaction, both Roberts and Moneta apologized.

"It was never my intention that any of Joe Van Gogh's employees be fired," said Moneta, according to Newsweek. "I felt and still feel that the choice of music for the venue was inappropriate, but if my actions somehow lead to their I apologize and hope that JVG management will consider ways to re-establish their employment with the company. "

Roberts wrote on Joe Van Gogh's blog that the store" apologizes our employees, customers and the community for the way we handle a situation related to our Duke University store. "

" We tried to understand Duke's position in this case, but we should have taken a different approach when making decisions about the staff. As the owner of the business, I assume full responsibility for the actions of Joe Van Gogh. I apologize to all the people directly involved and to those who have been touched or offended, of whom there are many. We are taking steps to solve this problem, but all the problems of the company's personnel are private and will remain private. Once again, my most sincere apologies. "

Roberts said Friday that his chain of coffee shops was cutting ties with Duke.

" Effective immediately, I have decided to sever the ties of my company with Duke University. "I think it's the right thing to preserve the independence of the Joe Van Gogh brand without conditions," Roberts said in a statement to the Duke Chronicle.

"I have extended the work to our entire team at our store on the Duke campus, either at one of our off-campus locations or at our production offices. And, I've contacted our two baristas who were given the separation so they can rejoin Joe Van Gogh or secure a job elsewhere if they wish. "