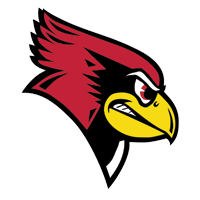 The Marquette University women's soccer team returned to Valley Fields on Friday, beating Chicago State 5-0. The victory marks the first in the era of Frank Pelaez .

The Golden Eagles dominated the entire game, beating the Cougars 31-5, including 13-2 shooting on the sidelines. Second year student Alex Campana was able to draw the first blood from a junior free throw Katrina Wetherell in the 15th minute. Redshirt junior Meredith McGuire could double the lead, as she headed off a pass from Rachel Johnson in the 30th minute.

Wasting no time in the second half, senior Kylie Sprecher was able to track and tap on a long pass from Alexa Maletis who made her NCAA debut. tonight. Aeryn Kennedy Katie Smith Lauren Schill Mae Sinclair Caitlin Cunningham Elsi Twombly ] Maddie Tabor Emma Tabor and Grace Allen also registered for the first time in their respective college majors tonight.

But Maletis was not finished. In the 68th minute she found Maddie Tabor for the first goal of her career with a free kick to put MU up four in the 68th minute. But MU still had one more left. In the final seconds, first-year player Elsi Twombly put the exclamation point on the game while putting her team up five points to close out the game.

The Golden Eagles resume action at Valley Fields on Sunday, February 7 against the state of Illinois at 4 p.m. Central time. The game will be streamed live on GoMarquette.com with Dan Avington on the call and will feature live stats.