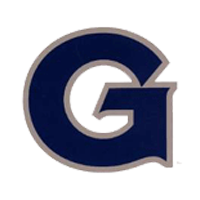 Volleyball surpasses Villanova, 3-1, in the first game of BIG EAST

The Golden Eagles (10-2, 1-0 BIG EAST) were led by 13 kills and four service aces from outside attacker Hope Werch while right-side attacker Ellie Koontz landed five of his six hits to kill without an error. Marquette is now 12-5 overall in the first BIG EAST games with a 4-4 mark when those games are held on the road. coach Ryan Theis said. "It's always a tough environment at Villanova and I was proud of our effort in the third set. We scored 20 points and only gave eight. 'Nova made us win it and we did it."

Riley Homer had a total of 17 kills for the Wildcats (8-5, 0-1 BIG EAST), while four-time NCAA All-American high jumper Sanaa Barnes had 12. Madeline Barber, younger sister of the former All-American. American Allie Barber de Marquette, had three deaths for VU and a couple of crashes.

Despite jumping to a 7-3 lead in the first set, the Golden Eagles fell to Villanova 25-20. The Wildcats bounced back with six straight points and never looked back as they hit .303 (13-3-33). Marquette had eight hitting errors on the frame and hit .081.

Marquette took three of the last four points to claim a tight third set, 25-23. The Wildcats rallied to tie the set at 22 after Marquette called a timeout with a 21-19 lead.

Marquette now leads the all-time series with the Wildcats, 15-4. The two squads last met on November 29, 2019, and MU emerged with a 3-0 sweep in the semifinals of the BIG EAST tournament.