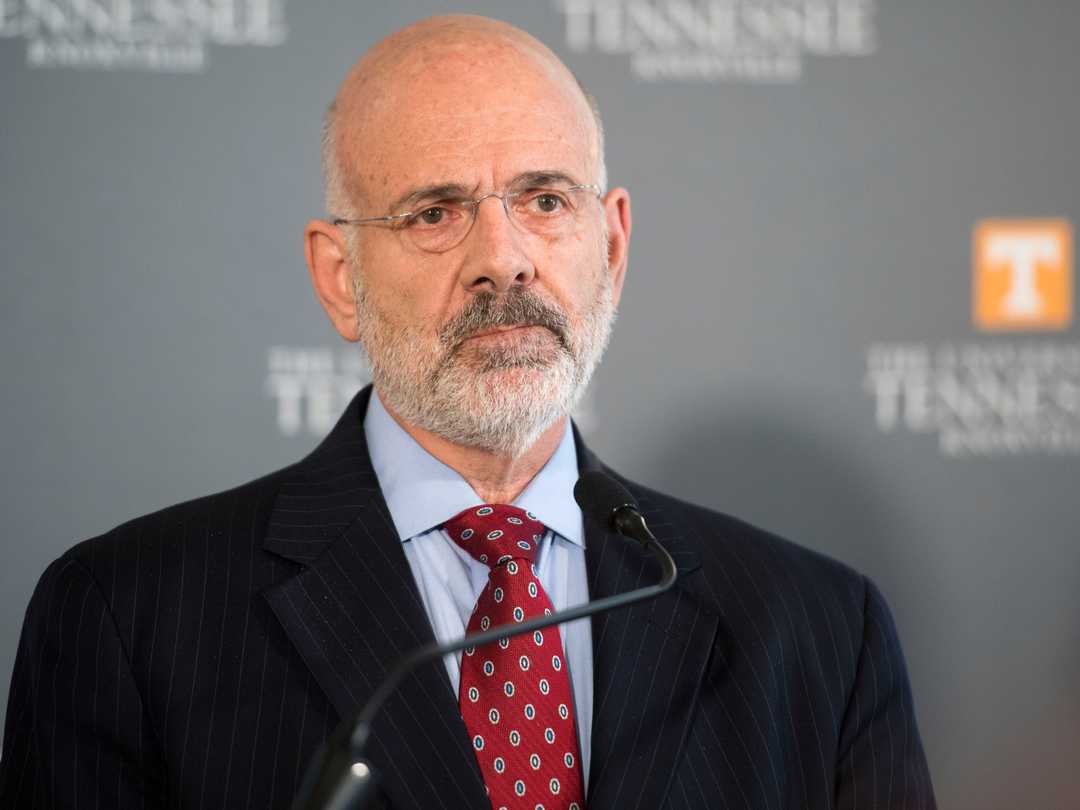 UT Vols football may not be the biggest problem

The University of Tennessee has rarely had a more eventful school year. So worthy, in fact, that 2017-18 is worth reviewing:

The football team set a one-season school record with eight defeats and did not win a SEC game.

Soccer coach Butch Jones was fired near the end of his fifth season.

Adams: Tennessee on the road for a top-10 recruiting class under Jeremy Pruitt

In a bigger surprise, Jones did not deliver a farewell phrase.

Athletic director John Currie led one of the strangest searches for coaches in the history of college football. river.

The hiring of Greg Schiano by Tennessee was canceled on social media.

Then, when Currie was apparently about to finish what he started, when hiring Washington State coach Mike Leach, he was fired.

Analysis: 'The irony': the same skills that helped Davenport get the post of chancellor were classified as poor at the time of his dismissal

The Board of Trustees of UT was drastically renewed.

What will it take to change things in Tennessee

A whole school year, huh? And with all the hiring and firing of school leaders and a record soccer season, it will be difficult to reach the top in 2018-2019.

However, do not expect UT to suddenly become a model of stability and success.

More: The trustees of the University of Tennessee will vote for a resolution that expresses 'full confidence' in DiPietro

DiPietro could disappear by the end of the calendar year. Then, UT will be in the market for a new president and chancellor.

So, more changes are coming. Based on UT's history, not all changes will be good, and some will be strange.

Things will not change significantly for the better until Tennessee contracts better leaders. Instead, it too often hires mediocre leaders and, as a result, gets mediocre or worse results.

Worse, sometimes it celebrates that mediocrity.

What motto should Tennessee use

For example, take the formal vote of confidence from the outgoing board of trustees on behalf of DiPietro. I will not bore you with all the florid prose. Instead, let's skip to the sixth "while" of the resolution.

It reads: "WHEREAS, President DiPietro committed the University to become a national model in compliance with Title IX …"

The resolution should have been: "CONSIDERING that President DiPietro committed the University to become a national model in compliance with Title IX after it resolved a Title IX lawsuit of $ 2.48 million … "

More: Darrin Kirkland Jr. will not be transferred from Tennessee Vols after all , by report

Why should the board mention Title IX? It is just a reminder of the incompetence of the university.

And it makes as much sense as DiPietro in firing Davenport. He criticized her for her poor communication skills and then gave her a new job in the communications department of the school.

One thing about UT leaders: They are not easily embarrassed.

Once the new Board of Trustees of UT is in power, I would recommend passing a resolution that says: "CONSIDERING that the University has become a national laughing stock, we will strive daily not to embarrass ourselves. "

That could also be an appropriate goal for the new president and chancellor. They should put "Do not Embarrass Yourself Today" on a plaque and hang it on a wall in the office.

That would not assure success. But it would demonstrate an awareness of history.

John Adams is a senior columnist. He can be reached at 865-342-6284 or john.adams@knoxnews.com. Follow it at: Twitter.com/johnadamskns.