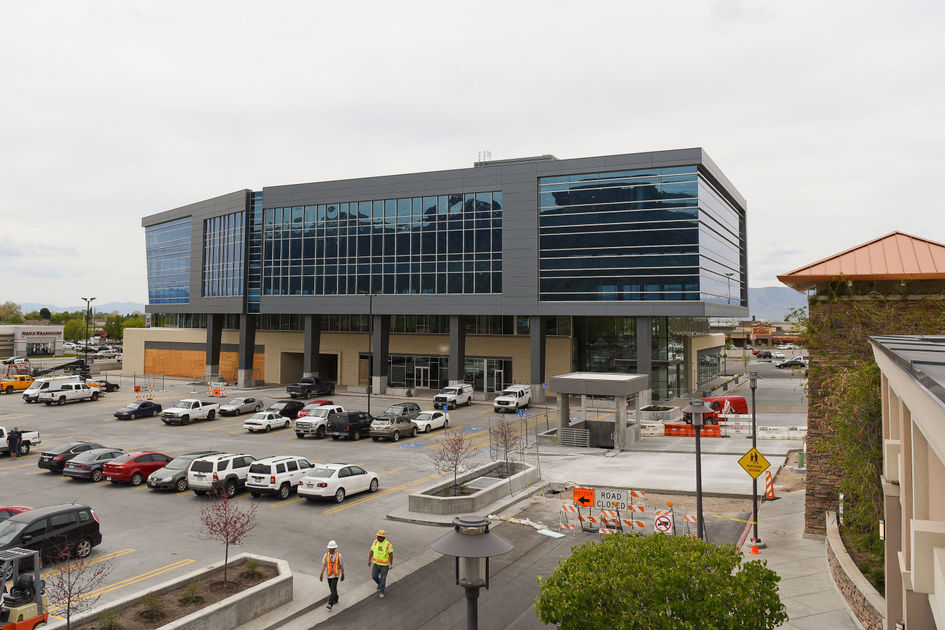 The image of University Place continues to change. What began more than 55 years ago is barely recognizable now.

To help promote the new campus, Woodbury Corporation, owners of University Place, has posted a conceptual video of what the completed area would look like.

"It's an effective tool to show our goals and objectives," said Arty Woodbury, vice president of Woodbury Corporation. "We'll update on the fly."

The video shows six additional buildings and another terrace and parking lot. One of the buildings has approximately nine floors.

When the parking deck currently under construction north of Macy's is completed, there will be 70 apartments around the exterior and some premises also on the west side.

"This will conceal the identity of the parking structure and provide energy and pedestrian traffic for events and celebrations of the park," said Ryan Clark, economic development manager at Orem.

Woodbury has met and met the requirements of the first benchmark in its agreement with the Orem Redevelopment Agency, according to Clark. To achieve future benchmarks, the development of an additional office is required.

"Woodbury has made the promise with its first phase, over $ 20 million in infrastructure has been built including the installation of public utilities, a new east / west road that connects State Street with 800 East and parking structures," Clark said. . "In addition, services available to the general public that include the interior / exterior courtyard were completed and The Orchard Park was constructed."

According to Woodbury, they have installed most of the infrastructure on the 120-acre campus to support future planned buildings.

"We're going to go as fast as the market allows," Woodbury said. "We have been very fortunate and continue to make progress"

The precursor to the most recent construction on the former University Mall campus began in 2009 with The Village and Cinemark Theaters. The big changes began in earnest in 2014 with R.C. Willey comes as an anchor shop, the office building on the southwest corner of the campus and the Aston apartments that now house 478 units.

The completion of the entire campus is scheduled for 2024.

"This is a unique and high quality project," said Woodbury. "This property has been a labor of love for my family."

Woodbury added and said: "We are on the right track with our plans and perhaps a little later."

Woodbury noted that even with the new concept video there are still open spaces to build up to 600,000 additional square feet of office space. In addition, the discussion on the construction of townhouses and condominiums continues.

"For many, it has been difficult to visualize how the asphalt parking lots near the former Mervyns location can be transformed into office buildings, retail and living spaces," Clark said. "The new video produced for University Place is a great visual tool that provides a concept of how the project can be seen in the finalization, which should help potential users and tenants to see the energy and excitement that will be located in the center. this project. "

Woodbury said that although there are no firm announcements about who might be moving, he said: "We will work very hard to demonstrate what University Place is."

Woodbury recognizes that there are other areas of competition in the county, either around Lehi and American Fork, or less than a mile away in The Mix in Provo.

Woodbury said: "Growth will come to Utah and Utah County, I believe that competition is part of the world's reality, we invite it."

To watch the video, visit https://issimo.wistia.com/medias/gisvlrr475.