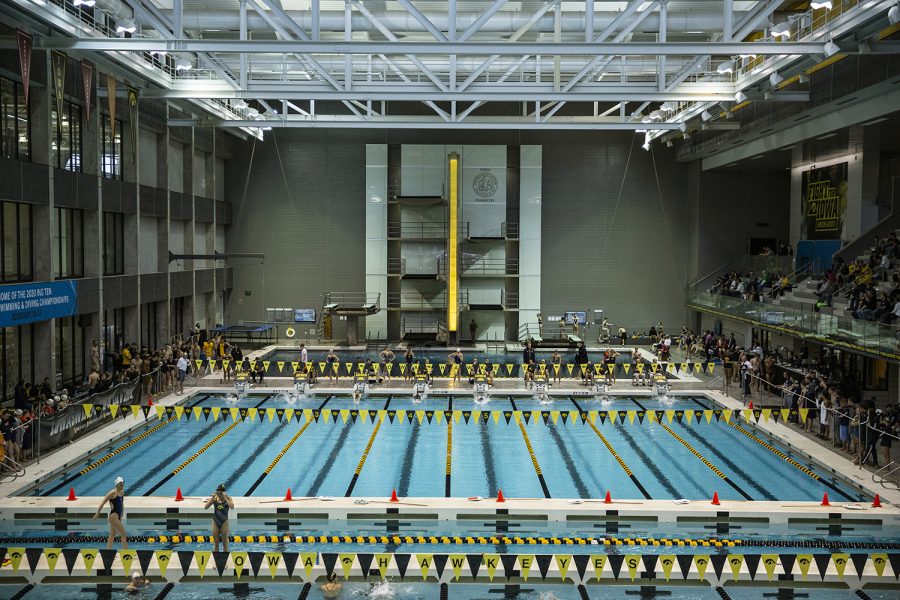 The University of Iowa will pay nearly $ 400,000 in a settlement with four female swimmers who filed a Title IX lawsuit last September.

The UI, its former president Bruce Harreld and its sports director Gary Barta reached an agreement with the swimmers in September.

Former Hawkeye swimmers Sage Ohlensehlen, Kelsey Drake, Christina Kaufman, and Alexa Puccini filed the Title IX lawsuit against UI after it cut off its swim and dive program for women from NCAA Division I on August 21, 2020.

The athletes alleged that the UI did not comply with Title IX because the number of sports opportunities available to women was not representative of the school's student population.

The lawsuit found that women made up 53.56 percent of the student body, but only received 50.77 percent of the athletic opportunities in the academic year 2018-19.

As part of the agreement, Iowa Athletics agreed to both reestablish women's swimming and add women's wrestling.

The athletics department must retain women's swimming for "no less than seven years," the agreement said.

At the press conference, Barta said that the UI had been planning to add women's wrestling for several years, but the Title IX deal was a catalyst for sponsoring the sport at the level. academic.

"Recruitment for the women's wrestling team will begin during the 2021-22 academic year," the agreement states. "As is typical for starting a new NCAA sport, the first recruited student-athletes will begin arriving on campus in 2022-23, with competition expected to begin in 2023-24 once the recruiting has been completed."

The agreement also stated that Iowa must make "reasonable efforts" to promote the women's struggle and persuade other Division I, Power Five schools to add the sport to a competitive schedule.

The UI also agreed to enforce a limit on the women's rowing team.

Iowa Athletics will maintain a moving average of three 75-year-old female athletes on the women's rowing team as part of the settlement agreement.

Finally, Tulane University sports law professor Gabriel Feldman will oversee compliance with Title IX of the UI from the 2021-22 academic year to the 2023 academic year- 24.

As part of the agreement, Feldman will annually review compliance with Title IX of the UI in athletics in the three aspects: equal opportunities for participation, equal benefits, and equal treatment and opportunities for scholarships.

The agreement states that Feldman will publish an annual report on all three issues and provide information on Title IX failures. The Iowa Department of Athletics will release the annual report and post the findings on hawkeyesports.com no later than October 1 of each year.

The first Feldman report will be published on October 1, 2022.