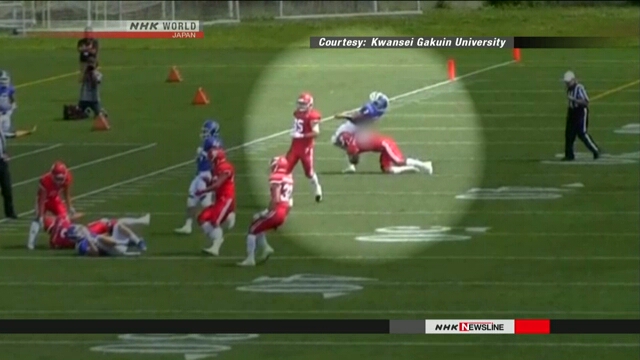 A dispute between two Japanese universities continues for a serious offense committed during a football game.

The Kwansei Gakuin University team says that Nihon University has not sincerely responded to its investigation into a dangerous foul in the game, which took place last week.

Kwansei Gakuin held a press conference on Thursday in response to a letter he received two days ago from Nihon University. Kwansei initially sent a protest letter to Nihon University a week ago.

During the game on May 6, a defender from Nihon University faced a Kwansei Gakuin quarterback from behind after making a pass. The field marshal suffered knee injuries and other injuries.

In protest, Kwansei Gakuin condemned the rigging as an extremely dangerous and malicious act.

In its response, Nihon University said coach Masato Uchida never ordered his players to deliberately commit fouls. The university suggested that the incident was the result of the player's lack of understanding of the coach's teaching.

According to reports, the injured player and his family were considering filing a criminal complaint against Nihon University, but will decide after seeing his second response.