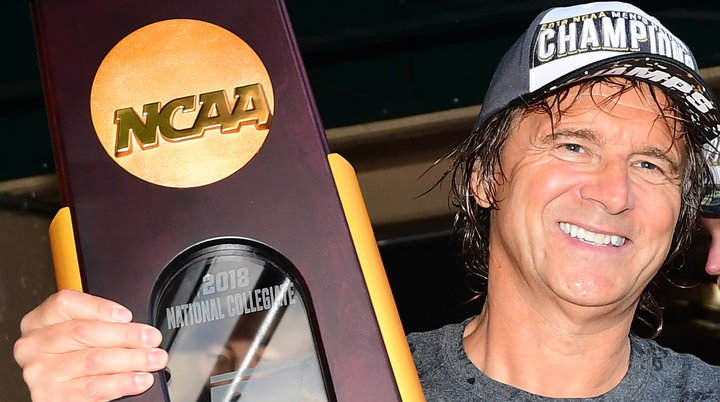 The University of Southern California fired a high-ranking athletic administrator and a head coach after They were accused on Tuesday of their alleged roles in a massive university admission bribe scheme. Meanwhile, Stanford University expelled sailing coach John Vandemoer as part of the plan. The endings marked some of the first major repercussions of what the FBI calls a "national conspiracy."

In a statement Tuesday afternoon, USC said it had fired Donna Heinel, the school's associate athletic director, and Jovan Vavic, a water polo coach for men and women.

] Heinel and Vavic have been accused of taking bribes of more than $ 1.3 million and $ 250,000, respectively, to help students enter the elite private university by designating them as athletes.

"We understand that the government believes that the illegal activity was carried out by people who did everything possible to hide their actions from the university," the school said in a statement. "USC is conducting an internal investigation. Donna Heinel and Jovan Vavic have been dismissed and the university will take additional employment actions as appropriate. "

The university also said it was" in the process of identifying the funds "it had received through the conspiracy and that he would be "reviewing his admissions processes to ensure that such actions do not occur in the future."

On Tuesday, dozens of administrators, coaches, famous parents and executive directors were indicted in the FBI investigation, accused of participating in a bribery scheme to ensure the entry of students to universities such as Yale, Harvard, Georgetown and USC, actresses Felicity Huffman and Lori Loughlin were among the parents who were accused

Vandemoer, the head coach of the Stanford navigation team, allegedly accepted payments in exchange for recommending two students to the team. According to Stanford, none of the students managed to enter the university, although school officials fired Vandemoer because his "behavior in the case is completely contrary to Stanford's values."

Parents involved in the scheme allegedly engaged in tactics such as bribing admission exam administrators, paying people to pose as their children during the entrance exams and falsely claiming that their children had learning disabilities to allow them additional time on exams.

Some also bribed coaches and varsity administrators, such as Vavic and Heinel, to accept their children as student athletes, regardless of their actual abilities.

The daughter of former Wynn Resorts Operations Director Gamal Abdelaziz was accepted into the USC for being an expert basketball player, but never joined the team, according to court documents. In other cases, it was said that the students were crew stars or tennis champions, but never joined teams on campus.

Two other former USC coaches were also charged: Ali Khosroshahin, who was fired from his position as women's football coach in 2013, and Laura Janke, a former assistant coach who left school in 2014. Khosroshahin and Janke allegedly received approximately $ 350,000 in payments sent through his private football club.

Vavic has 15 national coaching awards of the year and led the USC water polo teams to a total of 16 national championships.

Carla Herreria contributed to this report.