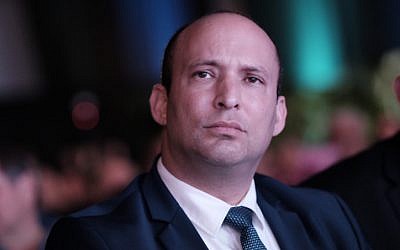 Universities are urged to apply a code that prohibits conference policy

A code of ethics proposed for academic institutions that triggered last year a clause that would prevent teachers from promoting specific political agendas or Israel's boycotts in the class has been approved and will take effect early next year.

However, a controversial clause that prohibits all conference policies will not be mandatory, at least initially, said the Council for Higher Education in Israel, the national governing body for academic institutions, on Sunday in a statement.

The document establishing the limits of political activism by teachers was drafted last year at the request of Education Minister Naftali Bennett by the philosopher Asa Kasher, who is also the author of the code of ethics of the IDF.

Although the code is not aimed at any particular political orientation, it is often considered that the Israeli academy is left-leaning. Critics have accused Bennett, head of the religious and right-wing Jewish party Home, of trying to limit liberal voices in educational institutions while bringing more conservative views.

Last July, Kasher presented the code to Bennett, who on Sunday morning tweeted the full statement of the Council for Higher Education, saying he was doing it "to avoid twists and distortions."

The code also prohibits discrimination for or against teachers or students based on their political opinions, and prohibits participating in, or calling for, academic boycotts of Israeli institutes, which have been prompted by pro-Palestinian activists from around the world.

The code also prohibits "party propaganda" in the classroom and presents a personal political vision like that of an institution.

"The decision on whether to take action against a staff member for violating the above instructions, and with respect to his punishment if found guilty, will be carried out in the normal disciplinary procedure," the statement said.

The council said the code would be embedded in the disciplinary rules of all universities and colleges in Israel in early 2019 and will be required to enforce it.

However, although institutions should include most of the code in their new rules, they will not be required to include the article that provoked the most criticism when it was first proposed. That article would prohibit teachers from "abusing their position to systematically advocate for a political opinion, in a way that clearly differs from what is required to teach the subject of the class"

] Still, the statement added, the council expected universities and faculties to include and enforce that clause as well. According to a report on Sunday in the newspaper Yedioth Ahronoth, the council will consider adding it in the future to the list of mandatory items if it is not included and enforced.

Council for Higher Education discussed the code of ethics with representatives of the various academic institutions, according to the report, and listened to their reservations. Eventually, he declared that he "recognizes the supreme importance of academic freedom and excellence, while categorically rejecting politicization in academia."

Academic institutions should report their progress in implementing the new code of ethics to the Council of Higher Education in early 2020.

"We must keep the academy world free of politics and inappropriate motives," Ynett said, as Bennett quoted him over the weekend. "Absolute academic freedom, yes, advancing a political agenda and calling for boycotts – no, at the gates of the academy, we set the policy overseas"

Last year, Bennett defended the code saying that it would apply equally to the left as well as to the right of the political field. "The issue is not directed against any political side, it's going to the left and to the right, and anyway no side has any reason to object," he said.

But a group of university chiefs criticized the Council for Higher Education, calling its decision to approve the code "a continuation of the unfortunate trend in which the code of ethics turns into political censorship that tramples on the most fundamental principles of freedom." academic and free research, and is designed to shut the mouth "

" We are already witnessing a dangerous decline in freedom of expression and academic freedom, as practiced in backward countries and not in a country that claims to be democratic, "his statement continued.

Stuart Winer contributed to this report.