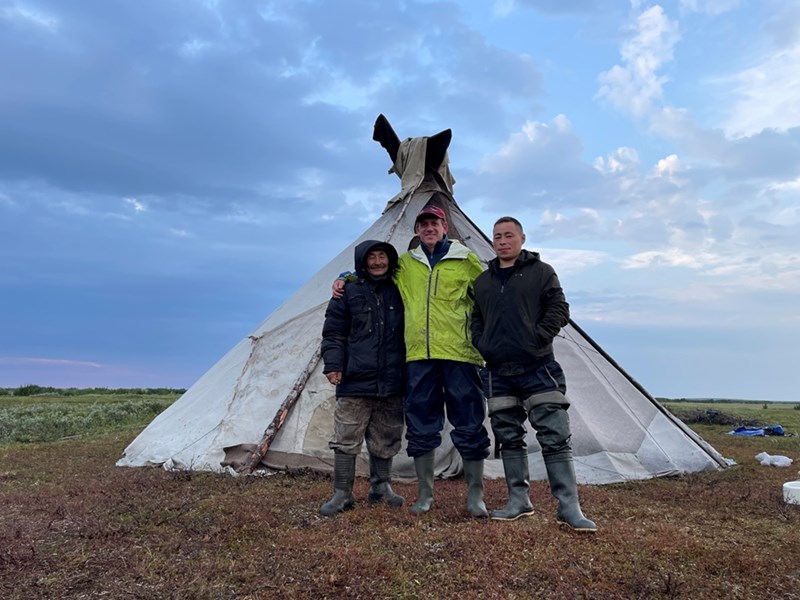 FAYETTEVILLE, Ark. – Peter Ungar, Distinguished Professor of Anthropology at the University of Arkansas, and several Arctic-focused colleagues have received a $ 3 million grant from the National Science Foundation to study the effect of climate change, globalization, and infrastructure. development in the increasingly precarious region.

One of NSF's 10 Big Ideas, "Navigating the New Arctic," will address the interactions between social systems, the natural environment, and the built environment in the Arctic bioclimatic subzones of Yamal, a region in northern Russia, which it serves as a manageable and research model for the Arctic as a whole.

The goal of the project is to understand how the natural, social, and built environments within the region respond to stresses caused by climate change, globalization, and infrastructure development. Specific projects will examine the impact of tall vegetation on animals and reindeer herders; change the influence of snow cover on food webs and animal population dynamics; the effect of the built environment on the reindeer herding system, including interactions between industrial workers and indigenous peoples; and reindeer management, including how social institutions and markets for reindeer products affect community resilience, indigenous traditions and practices, and landscape structure.

With $ 634,000 of the total $ 3 million grant, Ungar will lead the biotic / ecosystem team within the larger project. His fieldwork in ecology will focus on arctic foxes, rodents, reindeer, and plant phenology.

Valeriy Ivanov, a professor of civil and environmental engineering at the University of Michigan, is the principal investigator on the project and will lead the abiotic team. John Ziker, chair of the department and professor of anthropology at Boise State University, will lead the anthropological efforts. Aleksandr Sokolov, director of the Arctic Research Station at Yamal, is the main Russian partner.

Earlier this year, Ungar and several colleagues published findings in Polar Biology and Mammalian Biology that indicate that the diet of Arctic foxes and the habitats of various species of rodents, as Determined by the condition of their teeth, they show how different climatic conditions and environments in the Arctic affect the animals that live there. The researchers compared the condition of Arctic fox and rodent teeth over space and time and found differences in tooth wear patterns related to variation in preferred foods and habitat types.

Studying the effect of different climatic conditions within this region helps scientists understand the impact of climate change on vulnerable animals and could explain future responses and adaptations, given the warming and thawing trend in Arctic areas.

Seasonal changes, melting permafrost, and extreme climatic conditions in the Arctic have had a strong impact on the natural and human world. Plants and animals are changing seasonal and distribution patterns. These changes put increased pressure on the livelihoods of Arctic people.

Other factors, such as globalization and the growing presence of industrial and urban centers, also affect the Arctic tundra and the livelihoods of indigenous peoples. By considering the impacts of multiple climatic and socioeconomic factors on the functioning of an increasingly industrialized region, this project will illuminate the processes that pose potential threats to the well-being of Arctic communities.

Ungar is director of the Environmental Dynamics program at the University of Arkansas.