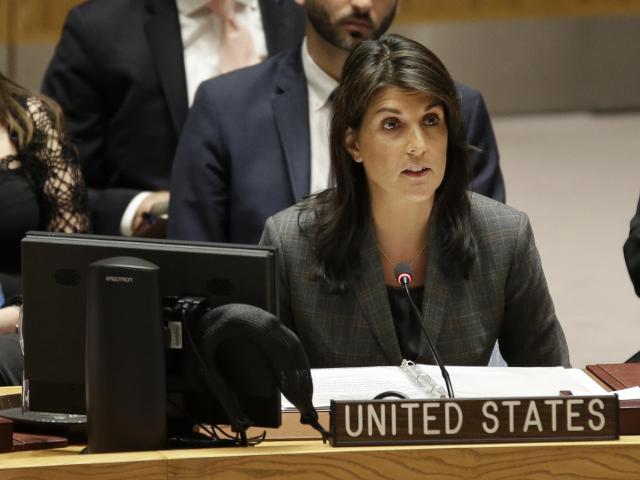 The South Carolina native's conference, "Confronting Today's Global Governance Challenges," ran out, and the discussion ranged from going face-to-face with dictators to their beliefs about human rights.

The conference was led by a professor of political science at Duke and focused on the number of growing international challenges facing the United States.

She opened with her beliefs about the importance of American values, even when it means being alone.

"Real leadership is taking people to their point, showing them what is best for them to do," Haley said.

Haley ignored the question of whether he would ever consider running for president, but did not rule it out.

"I'm trying to survive this job right now," he said with a smile.

The event is part of a centennial celebration of Terry Sanford, president of Duke University from 1970 to 1985.

Haley previously served as governor of South Carolina from 2010 to 2016.

The event generated a lot of bustle on Twitter, with a student who called the event "the dream of every conservative girl."

A mother-daughter duo said they traveled from Maryland to attend the event.

"I loved the allusion that she could be our first female president," said the mother.

"I think most of the students on this campus do not agree with her on many of the issues she talked about, Iran's dealings with Syria if North Korea, and I honestly think that she was so effective, and I certainly hope that she changes minds out there, "said student Nicole Kiprilove.