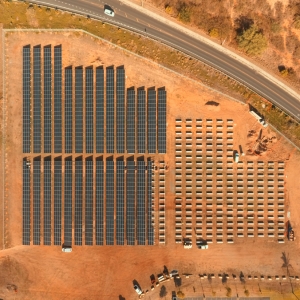 More than 3300 photovoltaic modules ( PV ) were installed, generating 1.58 MW of energy, enough to power more than 200 homes per year and offset the greenhouse gas emissions equivalent to 4,400 barrels of oil per year. The project also includes 13.93 MWh of battery storage.

“This project speaks of the innovation of our university, of our responsibility with our community. It provides a deeper experience for our students and shows what we can do to protect our values ​​and our environment, "said Chancellor Lui Hokoana," It also offers a living laboratory for one of the most exciting and dynamic career paths through our sustainable scientific management. program. ”

UH Maui College is among the first campuses in the nation to generate 100% of its power from on-site solar photovoltaic systems along with battery storage. The project is part of a partnership with Johnson Controls and Mauō, a subsidiary of Pacific Current, and also includes four community college campuses UH in Oʻahu .

Hawaiʻi became the first state in the country to make an unprecedented commitment to achieve 100% renewable energy by 2045. In 2015, UH and Hawaiʻi The legislature set a collective goal for the university system to be "net zero" by January 1, 2035, which means that the system would produce as much renewable energy as it consumes on its 10 campuses.