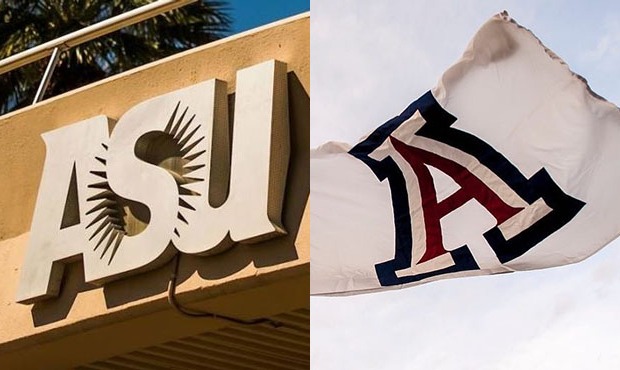 (Photos from Facebook / Arizona State University and University of Arizona)

PHOENIX: latest US rankings News & World Report rank the University of Arizona and Arizona State University among the top 150 universities in the world.

UArizona was in the top 100, tying for 97th place with the University of Southampton in the UK.

ASU tied for 146th place with the UK's University of Liverpool.

The list is based on multiple factors that measure academic research performance, as well as the global and regional reputation of each school.

Universities were also classified by their subjects.

UArizona had seven programs ranked in the top 100, with space science being the 11th major subject. Earth science (23) and plant and animal science (31) were the next highest ranked subjects.

The highest ranking was the Sun Devils Social Sciences and Public Health program at 20 and the Economics and Business program very closely at 23.

Earlier this year, UArizona was ranked 97 on the list of the best universities in the nation from the U.S. News & World Report. ASU was ranked No. 103 on the same list, but was ranked No. 1 in Most Innovative School.