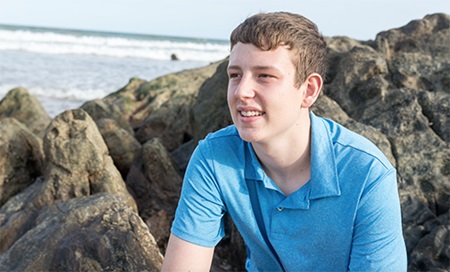 Two Michigan State University students are celebrating national honors as they have been named Marshall and Mitchell scholars, respectively.

Brent Strong, an honors college senior with a major in physiology at the College of Natural Sciences, is MSU's 20th Marshall Scholar.

Maysa Sitar, a senior at the Honors and Academic College of Social Sciences, is only the fifth Spartan to be named a Mitchell Scholar.

“Maysa is more than deserving as she has not only excelled in all of her classes, but has also conducted independent research projects while dedicating thousands of hours to community service, campus leadership, and high-level roles that demand the highest. level of professionalism, "said John Waller, director of the Social Sciences Scholars Program at the Faculty of Social Sciences.

Sitar, a native of Newberry, Michigan, plans to study conflict transformation and social justice at Queen's University in Belfast. A political science graduate and current vice president of government affairs for student government at MSU, she recently helped duplicate residency voter registration efforts and created non-partisan voting guides for students. She has also worked in the Washington, DC office of Representative Elissa Slotkin and is part of a task force that focuses on voting challenges for college-age students. Sitar came to MSU as a STARR Scholar, an award specifically for Michigan high school seniors. Upper Peninsula and Wyoming State, and was a finalist for the US Rhodes Scholarship.

The Marshall Commission supports up to 50 of the nation's top undergraduate students to study at any UK university. Marshall Scholarships pay tuition and fees, personal travel, book allowances, and a living stipend for up to three years of study.

Strong, a Saline, Michigan native and Dean's research fellow, plans to pursue a master's degree in statistics at the University of Glasgow in his first year, and a Master of Science in Population Health Sciences from the University of Edinburgh in his second year. Strong credits his research along with mentor Mat Reeves, Professor in the Department of Epidemiology and Biostatistics, as the guiding force in helping him discover a passion for improving stroke patient care and outcomes.

“Being named a Marshall Scholar is a great honor and I am delighted to continue my study of epidemiology and acute stroke in Scotland for two years,” said Strong.