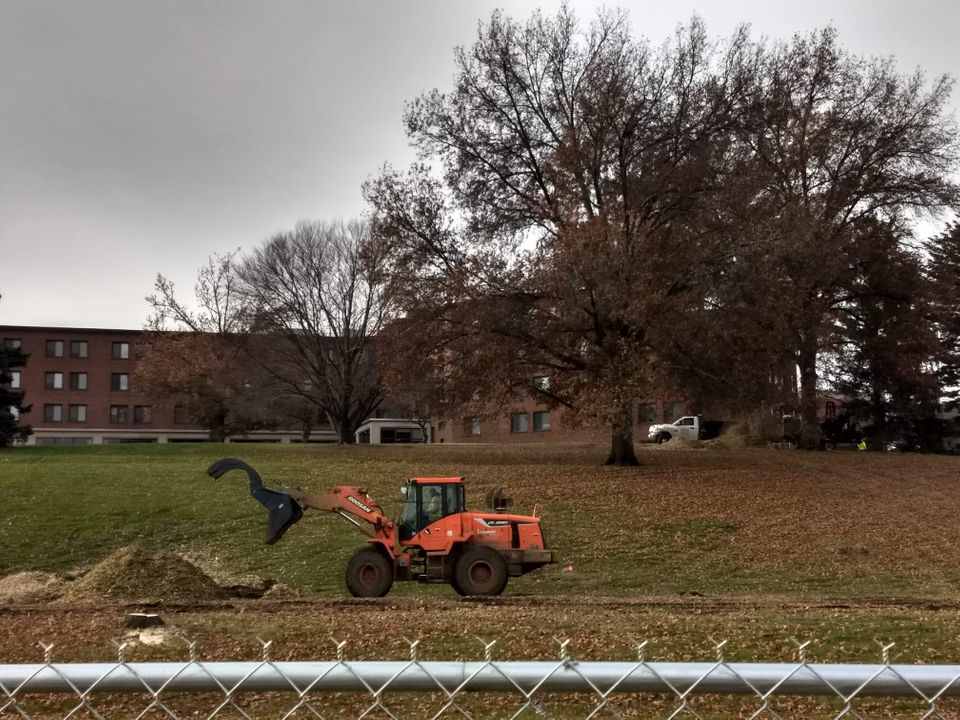 KALAMAZOO, MI – The removal of dozens of trees on the campus of Western Michigan University has begun, despite student protests last week.

The removal and relocation of 58 trees that occupy the construction footprint of the planned development for the University of the South neighborhood began this week, beginning with the relocation of more than 12 trees on Monday.

The trees in the construction zone were cut on Friday, November 23, less than ten days after more than 60 students marched through the campus on Wednesday, November 14 to protest the removal of trees for construction.

Students protest the removal of trees at Western Michigan University

The project is scheduled, said university spokeswoman Paula Davis. Site preparation that included the relocation of more than 12 trees began on Monday, November 19. The fences were placed around the site on Tuesday and Wednesday. Due to Thanksgiving, the next phase continued on Friday with the removal of trees.

"I do not know what the protesters or opposition groups heard from anyone, but it was pretty clear that the project was to start on Monday," Davis said.

The university will eliminate 36 trees, but will plant 75 replacement trees both at the location and in other areas of the campus as part of a university policy that requires the planting of two new trees for each felled tree.

Abbie Bristol, a student at Western Michigan University and biology professor Tod Barkman, was behind the fence around the development site as trees fell on Friday.

Bristol, a senior student in biology, environmental science and sustainability, said she and three other students met with members of the university administration on Tuesday as part of a group of students against tree removal on campus.

Bristol said he was told that the removal of the trees would not start until Monday, November 25.

"Now happens when all the students are gone? It's an insult to us," said Bristol.

Barkman said he is part of the Senate of the College's faculty. The planning and finance council of the Faculty Senate campus met on Tuesday in hopes of having an opportunity to give their opinion on the project, Barkman said.

"They told me that although the fences are going up on November 19, it will not happen much until the first of the year (2019)," Barkman said. "We had our meeting on the 20th and it was clear that by 20 it was done."