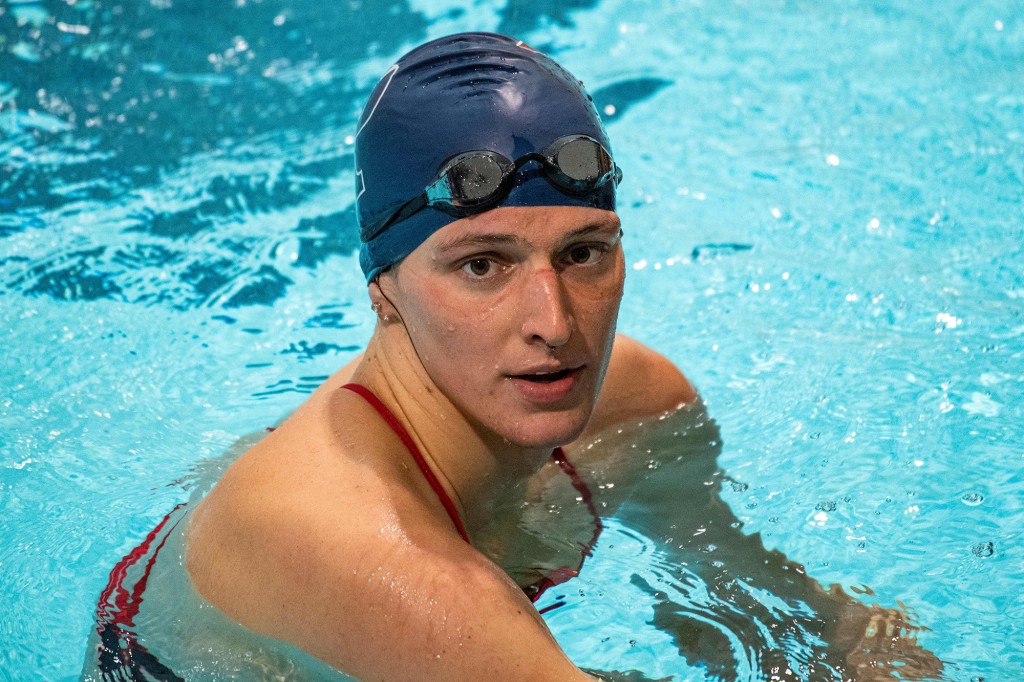 University of Pennsylvania swimmer Lia Thomas was not in the pool for the Quakers on Friday night when the Ivy League team defeated West Chester University (Pa.) in their final meeting of the regular season.

Thomas, a transgender swimmer who has been in the national spotlight after winning races at a breakneck pace, was held in preparation for the scheduled Ivy League Championship for February.

"Friday had long been a planned day of rest for Lia and several of our other top swimmers as they prepare for the championships next month," a UPenn Athletics spokesperson told the Washington Times.

Without Thomas in the lineup, UPenn was still able to finish the season with a win. Four Penn swimmers have won events.

Thomas's eligibility as she and UPenn prepare for NCAA championships has come into question after the organization updated its transgender participation policy and gave the responsibility for developing guidelines is the responsibility of the sports federation.

The updated NCAA policy says that, by March, “transgender student-athletes will be required to document sport-specific testosterone levels beginning four weeks prior to selections of their sport's championship.

Beginning in the 2022-23 academic year, transgender student-athletes will need documented levels at the start of their season and a second documentation six months after the first. They will also need documented testosterone levels four weeks prior to championship selections. Full implementation would begin with the 2023-24 academic year.”

USA Swimming uses an eligibility review panel to make a decision on the eligibility of transgender athletes. Elite swimmers would be subject to FINA and International Olympic Committee (IOC) policies.

USA Swimming issued a statement on the subject last week.

“USA Swimming strongly believes in inclusion and the opportunity for all athletes to experience the sport of swimming in a way that is consistent with their gender identity and expression. We also strongly believe in competitive fairness and, like many, are doing our best to learn and educate ourselves on the appropriate balance in this space," the organization said.

"In 2018, we established athlete inclusion procedures , which included a process by which an athlete could change their competition category based on their gender identity and criteria for athletes qualifying for or competing in elite-level competition (including competition times). classifications such as Juniors, Nationals and US Open), which adhered to the previous guidelines of the International Olympic Committee. This policy also provides important individual consideration for athletes.

“The inclusion procedures for non-elite athletes remain unchanged. Following extensive transgender policy changes in November 2021, the IOC now requires International Federations to create their own sport-specific eligibility requirements, so we have been proactively working with FINA for several months to help give form and support their policy development efforts. We think they will release a new policy shortly, which we will adopt for elite level competitions.

“USA Swimming is a member-driven organization governed by a 15-member Board of Directors, which oversees more than 360,000 members, including coaches, volunteers and more than 325,000 athletes from age group level to Olympic team. These individuals and 2,800 member clubs participate through a network of 59 Local Swimming Committees (LSCs) in four geographic areas of the U.S. With the NCAA now deferring eligibility determinations to USA Swimming, we welcome and hope that American NCAA athletes and coaches join our membership to be eligible to abide by our policy and its provisions and benefits.”

The IOC updated its transgender participation policy in November 2021 and refrained from focusing on testosterone levels to determine eligibility, according to The Washington Post. The IOC urged the governing bodies of each individual sport to create the rules and offer assistance.