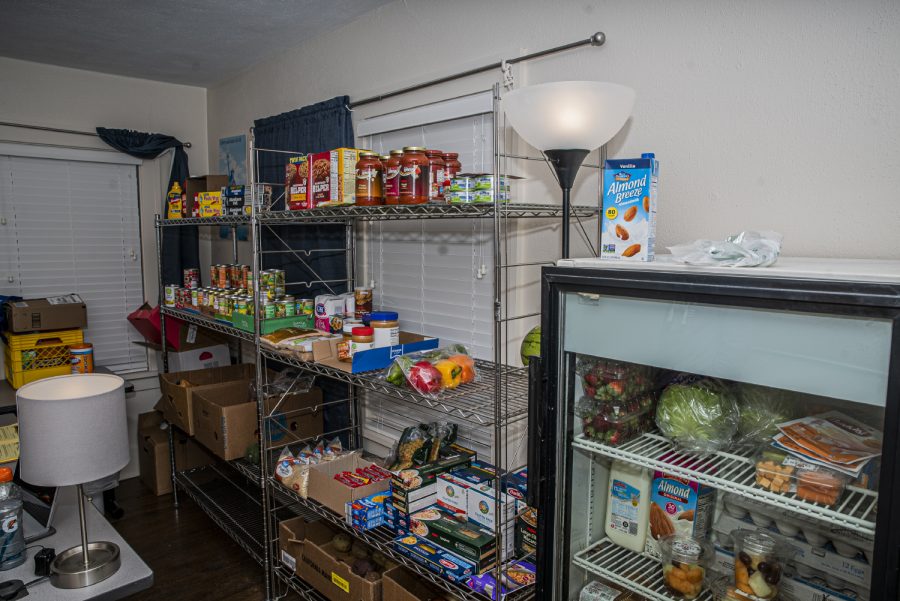 Due to recent budget cuts in the IU and job losses during the coronavirus pandemic, the University of Iowa Food Pantry has distributed 12,228.5 pounds of food since it opened in early summer.

Executive Director Charlotte Lenkaitis said this is a significant increase from the 1,905.5 pounds she distributed last summer. Since its reopening on May 20, it said it has been distributed to more UI faculty, staff, and students in need.

"Normally we don't see too many staff members in the UI health care department, but I've had many more staff members there," said Lenkaitis. "People said that they had experienced budget cuts and that this was a great help to them. I think the impact of COVID has led people who need help elsewhere. "

The Hawkeye Area Community Action Program, a food bank in Cedar Rapids, is the sole provider of food Right now, Lenkaitis said. To reduce the spread of the virus, the food pantry does not accept donations from individuals, Lenkaitis said.

While the number of customers in the food pantry has increased, volunteers are still able to serve more people, especially with the help of the Hawkeye Area Community Action Program, said volunteer Greta Larget.

"I know we are giving large amounts of food and it is really exciting," said Larget. "I also know that we can always take more s people and we can always help more people. "

At the start of the pandemic, there was a decrease in retail donations to the Hawkeye Area Community Action Program food bank, Deputy Director Angie Albright said. Because the food bank needed to provide more food to the pantries, Albright said they trusted their own money more.

Although the program has distributed more food and helped more people, it has received more money from the Coronavirus Economic Relief and Relief Act (CARES), the Bezos Family Foundation and the United States Department of Agriculture, Albright said . She said she is not concerned about running out of money.

"We have a steady flow of food, and we're not at risk of running out of any means, "said Angie Albright, Deputy Director of Food for the Hawkeye Area Community Action Program. "We offer everything from canned goods to fresh produce, a constant supply of dairy and frozen meat."

Lenkaitis encourages people to continue using this service, especially since they are receiving more food. She said the service is free to all UI faculty, staff, and students.

"I think with the pandemic many people were suspended or do not have the option to work right now, so people are in a financial fight," said Larget. "I feel like people are trying to find ways to save money, and the food pantry is a really amazing organization because that's what to do."