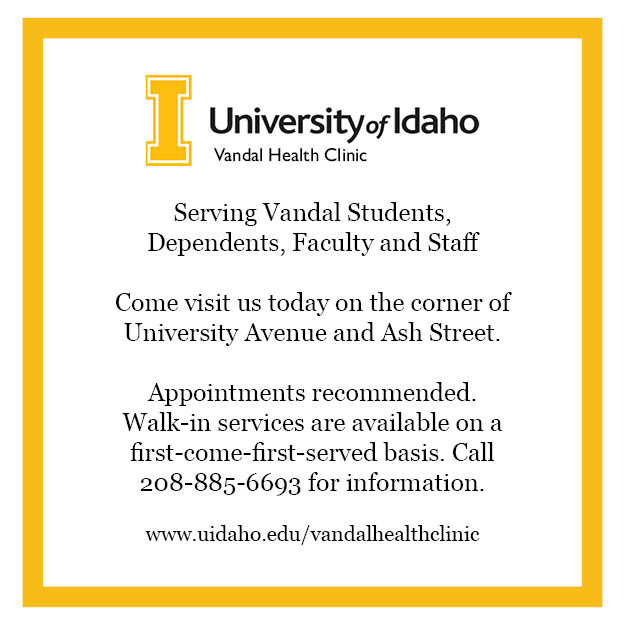 The University of Idaho Women's Center received a continuation grant of $ 299,944 from the Office of Violence Against Women of the United States Department of Justice.

The grant will fund the ongoing efforts of the Campus Violence Prevention Project to implement culturally relevant and responsive educational prevention programs for the community, as well as victim services, according to a university news release.

"We are excited to work more closely with our Disability Access and Resource Center, and with national leaders in violence prevention for diverse populations," said Lysa Salsbury, principal grant researcher and director of the Women's Center. "Our goal is to enhance and add to existing educational programming and services to break down some of the barriers and taboos that exist for students in reporting and seeking support resources."

In the early 2000s, a staff member at the Women's Center first applied for the grant and received it. With the money, the applicant was able to fund a new office to lead violence prevention initiatives on campus. UI's Office of Violence Prevention Programs has received the grant four more times since then.

When the original applicant left the institution in 2009, the university began funding the office and position permanently. It did not need subsidies to keep it running.

Funding provides an opportunity to focus advocacy efforts on sexual assault, domestic abuse, and stalking. Focusing heavily on past sexual assault, Salsbury thought it was time to do some programming on bullying prevention.

"Stalking is a crime that often precedes other crimes," Salsbury said. "We really have a lot more work to do to educate our campus community about stalking behaviors and dynamics."

Salsbury also wants to focus on how to best serve students with physical and intellectual disabilities. The office is purchasing a subscription to an application that helps hearing impaired students with real-time transcription.

The grant work is done by a team called the Coordinated Community Response Team, a group of 30 people from all areas of the campus. The team works in subcommittees to promote the initiatives carried out in its strategic plan.

"Our team has people at all levels of the institution, from senior management to faculty to student representation," Salsbury said. "We try to have someone who can actively represent specific student populations and also share that information with the faculty and staff."

In the past, the Women's Center used the grant to raise awareness of consent.

"We did some focus groups and surveys and found that consent was a topic that students expressed a lot of confusion or misinformation about," Salsbury said. "There are many questions about consent if there is alcohol or drugs involved."

With the continuation of the grant, the office will be able to pay an advocate from Alternatives to Violence of the Palouse to be on campus about 20 hours a week. Salsbury says that funding is critical to sustaining and expanding advocacy programs developed in the last grant cycle.

The development and implementation of the project will take three years, with the objective of having the programs and services fully operational by October 2023.

“We are committed to improving our campus education and the response to the crime of stalking, which often coexists with sexual assault and dating violence,” Salsbury said. "Most stalking incidents, more than 83%, are not reported to law enforcement agencies."