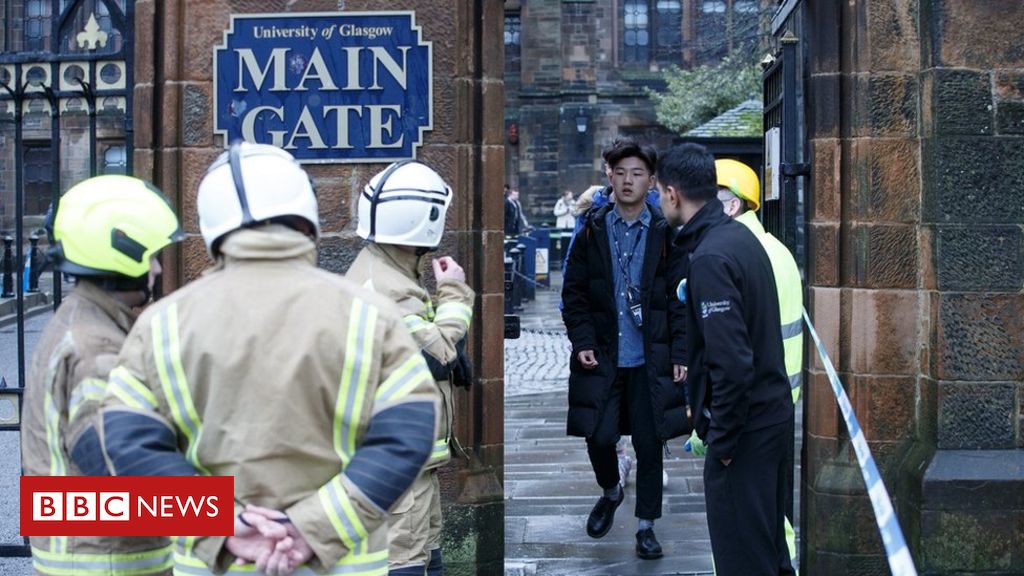 The University of Glasgow reopens after a controlled explosion

Classes are expected to return to normality at the University of Glasgow after a controlled explosion was carried out in his mailroom.

Bomb disposal officers detonated a suspicious package that had been found on Wednesday morning.

Many of the university buildings were evacuated and teaching was interrupted.

Specialized police officers investigating the incident have related it to devices found in three locations in London.

The university said it was acting under the advice of the Scottish Police when closed several buildings, canceled classes and sent staff home on Wednesday.

The Boyd Orr Building, the Mailroom, the OTC, the Wolfson Medical Building and the Bower Building were among the closed areas.

Classes in these buildings were canceled and hundreds of students were affected.

Confirming the link to the incidents in London, Police Deputy Chief Steve Johnson of Police Scotland said that anyone who sees something suspicious should report it immediately.

He said: "The package sent to the university was not opened and nobody was injured." The EOD carried out a controlled explosion of the device this afternoon.

"There are similarities in the package, its markings and the type of device who recovered in Glasgow. to those in london.

"Therefore, we are now considering it as linked to the three packages investigated by the Met in London and both investigations are carried out together."

Scotland Yard said the packages were all A4-size white postal packets containing yellow Jiffy bags. One caught fire when it was opened by Heathrow personnel.

The airport said it would support the police investigation into the "criminal act."

The Anti-Terrorism Command of the Force treats it as a "series vinc" ulated "and" keeps an open mind "about the motives.

Police in Ireland are helping the Met as Heathrow and Waterloo packages had stamps of the Republic of Ireland.

The Irish Foreign Minister, Simon Coveney, said he was embarrassed by the possibility that the packages might have come from Dublin.

Appeared in the podcast of the Independent Voter. He said: "I read reports on that when it broke down yesterday with consternation really, a combination of anger and shame.

" I think the perception in the UK of this will be one of bewilderment, as to why anyone I would like to send any small explosive device to London from Dublin, the fact that this can happen and come from Dublin is something that I and many other people will feel uncomfortable with.

"Everyone must isolate and criticize that kind of thinking deformed by what is, what is not useful at all levels."