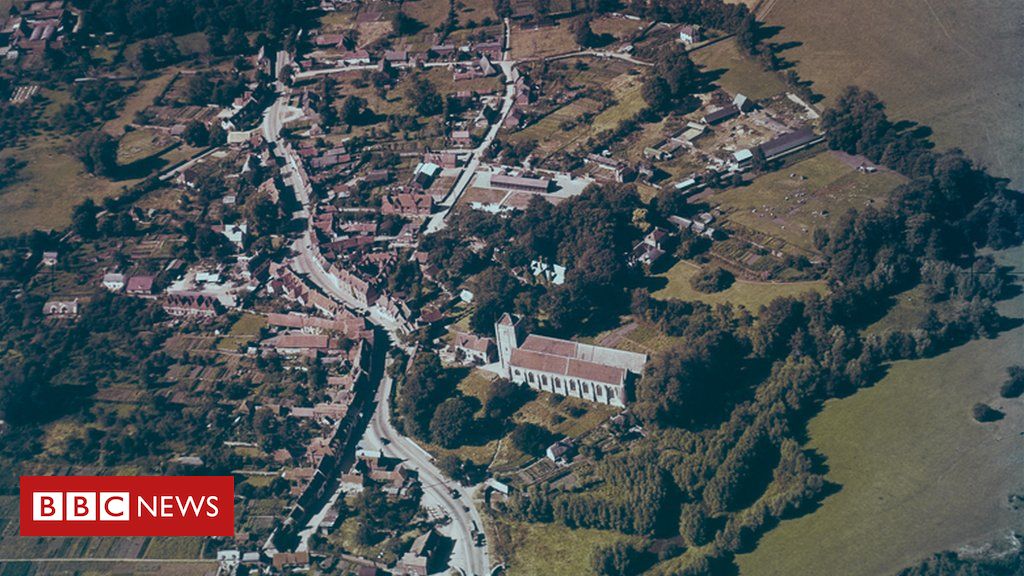 The University ad of Cambridge

] the RAF pilots were asked to publish a collection of aerial photographs described as the historical "Google Earth" capturing the post-war period marked by the bomb until the emergence of highways and new cities.

The collection dates back to 1945, with more recent images captured in 2009 for a university project.

Professor Martin Millett said the images "they allow you to travel in time to a Great Britain that no longer exists".

The Cambridge archaeologist added: "Anyone can go to Google Earth and look at modern satellite images, but this is a historical Google Earth.

" Nobody else in the world was doing this: it was really a world leader. "

Taught by archaeologist JK St. Joseph, the university borrowed aircraft and pilots from the RAF to take photographs until 1965, when he bought his own Cessna Skymaster.

The plane, based at the Cambridge airport, traveled the length and breadth of Britain to capture high-resolution archaeological details from the air.

The first 1,500 photographs of a file with a number of nearly 500,000 are now available on the website of the university's Digital Library.

Dr. Robert Bewley, Oxford world academic, a world authority in aerial archeology, he described the collection as "of international importance."

He said that San Jose analyzed the RAF's reconnaissance photos during the war and realized there was a "great opportunity" to use similar photos in archeology and geology.

"He chose the former RAF bomber pilot, Lieutenant Derek Riley, who had been an archaeologist before the war, to take him on his first trip," he said.

"In those days you could fly wherever you wanted with few restrictions and that's exactly what they did."

The Department of Geography and the Library of the University of Cambridge are exploring potential plans to digitize the entire aerial photography archive.

Photos of the University of Cambridge.