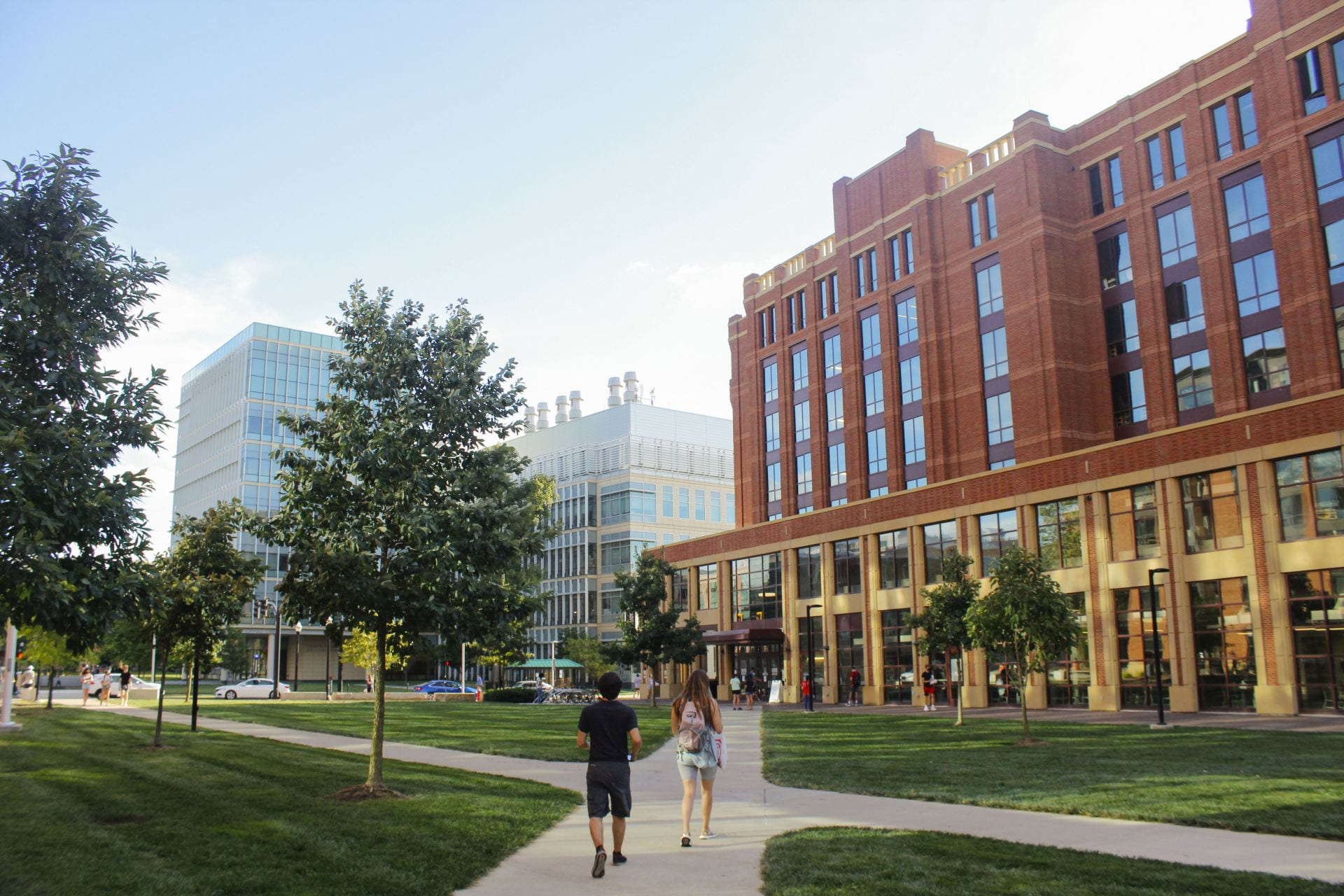 The university fights the mold outbreak at Scott House

High humidity caused a mold outbreak in six to eight rooms on the seventh floor of Scott House. Credit: Sophia Tobias | For the lantern

Scott House, a popular residence on campus, lost some status among students due to reports of mold in recent weeks.

University spokesman Dave Isaacs said high humidity caused a mold outbreak in six to eight rooms on the seventh floor of Scott House. Grace Berlier, a sophomore in marketing, said she lived in one of those rooms and first noticed the mold and reported it on September 12.

"My roommate's shoes were getting very moldy from the humidity," Berlier said. "The shoes are damaged to the point where I don't know if they can be cleaned further."

Berlier said that even after maintenance came to replace the affected ceiling tiles, the mold returned a few days later. She said she approached the university again and began to feel frustrated.

Berlier said his roommate's parents got involved and soon after, they were offered the opportunity to move to a different residence and receive compensation for any damaged items. Berlier said they moved in as soon as they could.

Isaacs said the university offered to relocate other people affected by mold as well, but they all refused.

"Our Environmental Health and Safety team assessed the situation and determined remediation steps that included removing the ceiling tiles and cleaning the area with an antimicrobial solution," McClain said. "There is no health or safety issue, and this issue has been addressed through prompt action taken by Student Life."

Although Berlier is happy that the problem is under control, he said he wishes it had been handled differently.

"As a student, the most frustrating part is that they didn't listen to us, and I think it's important that students' opinions are taken and considered without their parents intervening," said Berlier . “We are in college now; we should be able to talk to them. Our opinion should be as important as the opinions of our parents. "

Any student who has problems with their residence on campus can submit a request for service at s2f.osu.edu .