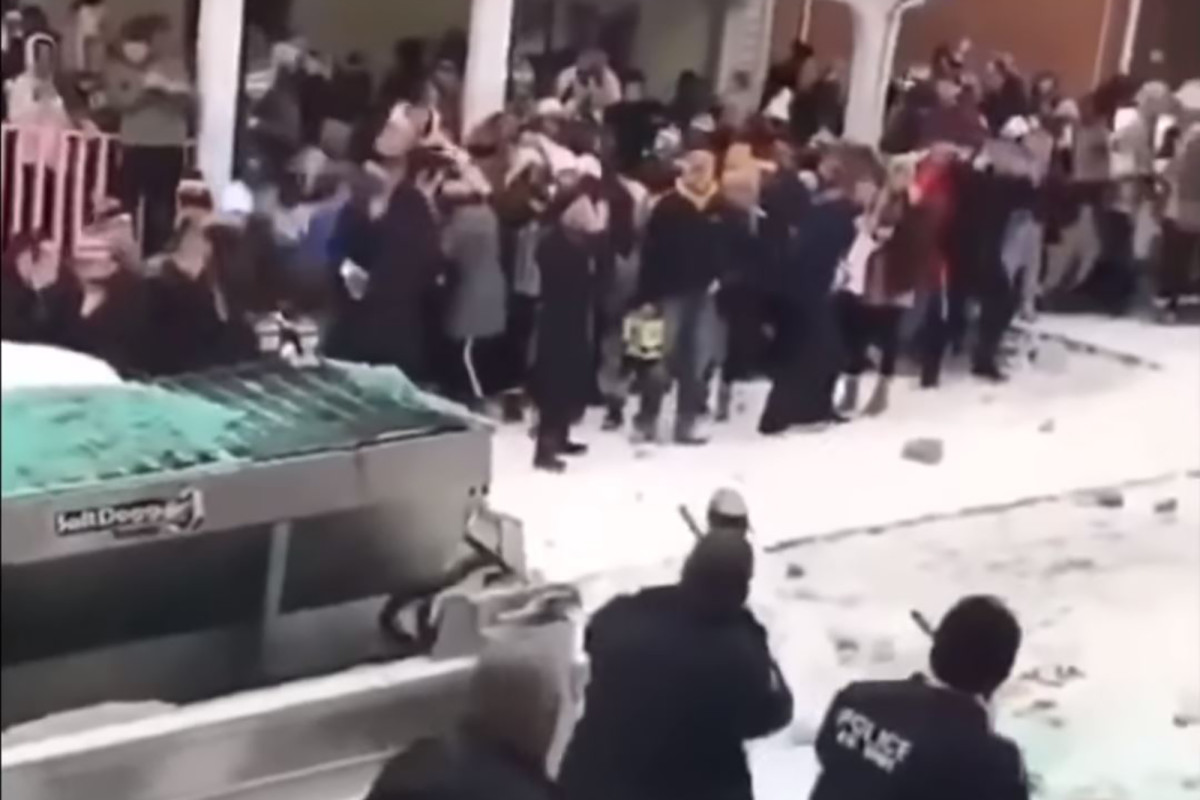 The university descends to the "total war" between police and students

What began on Friday as a "playful moment in the snow" for a group of university students from the University of West Virginia, who They were taking a small day drinking because of the cancellation of classes, it quickly became a "dangerous and threatening situation" involving riot police, mattress fires, tear gas and "pepperball" weapons, according to officials

"The students got too jovial and I'm afraid they let me go," said Morgantown Mayor Bill Kawecki, speaking with The Exponent Telegram just hours after the reported crash.

"It is unfortunate that they could not simply enjoy the snow without turning it into a circumstance in which people were in danger," he said. "As far as I can tell, the university is not receiving it either very well."

WVU officials had to issue a statement on Friday night, explaining what happened, after the video of the incident went viral on social media

Officers can be seen on video using tear gas and compressed air guns on the students, who reportedly loaded themselves with "pepper balls". Non-lethal projectiles are basically balls of paint filled with pepper spray.

It is not clear if the police were campus police or the Morgantown Police Department. Apparently, the students threw bottles of beer and other debris

"The climb apparently started when several hundred students and others who had gathered refused to give reasonable instructions to disperse … which resulted in that the police take measures, "explained the communications director of WVU, April Kaull. "University officials will review the videos of the situation to determine if charges must be filed."

WVU classes have been canceled since Wednesday due to the polar vortex that has been sweeping the nation this week. Users of social networks attacked police in Morgantown on Friday for using too much force.

"Children having fun on a snowy day, the police started the problems and caused the situation to get worse," one person tweeted in response to the WVU statement. "The use of tear gas was unacceptable! Let the children go sledding and keep them safe, we do not need another state of Kent! "