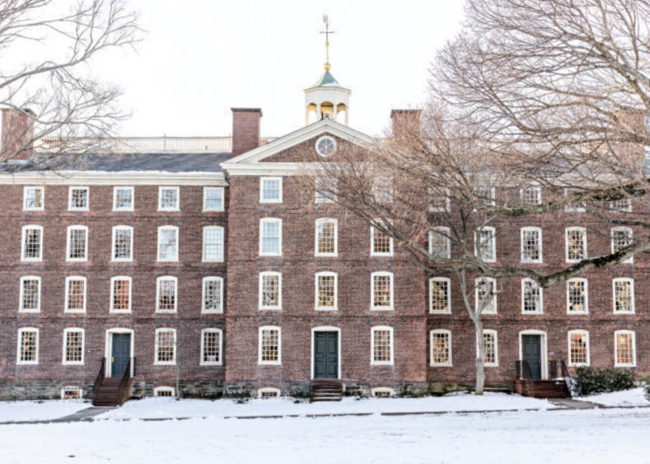 The university agrees a $ 3.5 million settlement, ending the lawsuit

The University agreed on March 11 on a $ 3.5 million settlement in a class action lawsuit that alleged the University violated the Law Employee Retirement Income Security and improperly managed two of its 403 (b) retirement plans: options for tax-protected plans Available to employees of tax-exempt organizations.

The University decided to resolve Short et al. v. Brown University after "considering the possibility of years of costly litigation," editorial and editorial director Brian Clark wrote in an email to The Herald. The resolution agreement establishes that the "accused denies any lack, responsibility or irregularity." In addition, the University is "totally confident that our retirement plans comply with all applicable laws," including ERISA, Clark added.

The settlement agreement establishes that the University must make a request for proposal for the creation of an "independent investment adviser" role for the retirement plans, as well as hire a fiduciary "whose only allegiance is the liquidation class" To evaluate and authorize the agreement.

The motion for preliminary approval of the agreement was submitted more than two and a half years after the Participants in the retirement plans submitted the initial complaint in July 2017. The concerns of the four main plaintiffs came from the administration of the legacy of the university Retirement plan and deferred-duty retirement plan The faculty and staff "that have a regular schedule to work 1,000 hours or more per year "are generally eligible for these plans, says the University's website.

The plaintiffs alleged that the University's managers for the plans "systematically selected and retained the investment options … that historically and consistently underperformed their benchmarks and charged excessive administration fees ", according to the complaint. The plaintiffs also argued that plan managers should have chosen a registrar for the plans instead of the two chosen by the university, The Herald previously reported.

The agreement will be paid to the current and previous participants of the plan, and "the distribution will be made in the account (of each participant)", in accordance with the agreement. The agreement also requires the University to "make a commercially reasonable best effort to further reduce record keeping fees" for a period of three years, starting from the date of the Order of final approval of the agreement. If rates increase during this period, the University must notify the participants of the plans to inform them and explain the increase.

"This class action is one of several similar actions that were presented in 2016 and 2017 against universities that sponsor plans designed to offer employees financial security during retirement," Clark wrote. .