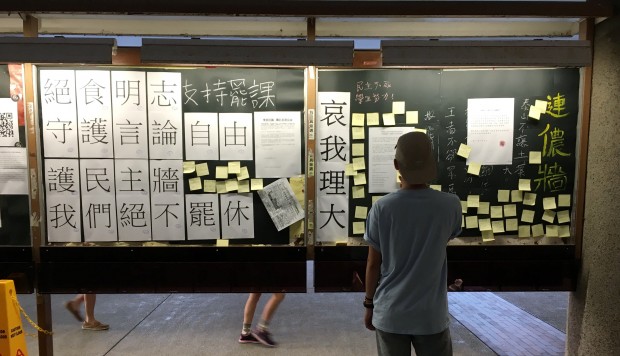 At least three leading students at the Polytechnic University are under disciplinary investigation for entering the administration offices last month during a row for the control of a bulletin board where messages in favor of independence were published.

The university's student discipline committee sent a letter to Owen Li, Lam Wing-hang and Hazel Cheng Yuet-ting on Thursday, saying the investigation was motivated by a complaint from the facility management office.

The trio formed part of a group of approximately 10 students who entered the administration offices and prevented two employees from leaving on October 4. The group demanded an explanation of why the university had covered half of the "democracy wall": a bulletin board for students to express their opinions, with large sheets of red paper after messages appeared on it in favor of independence. 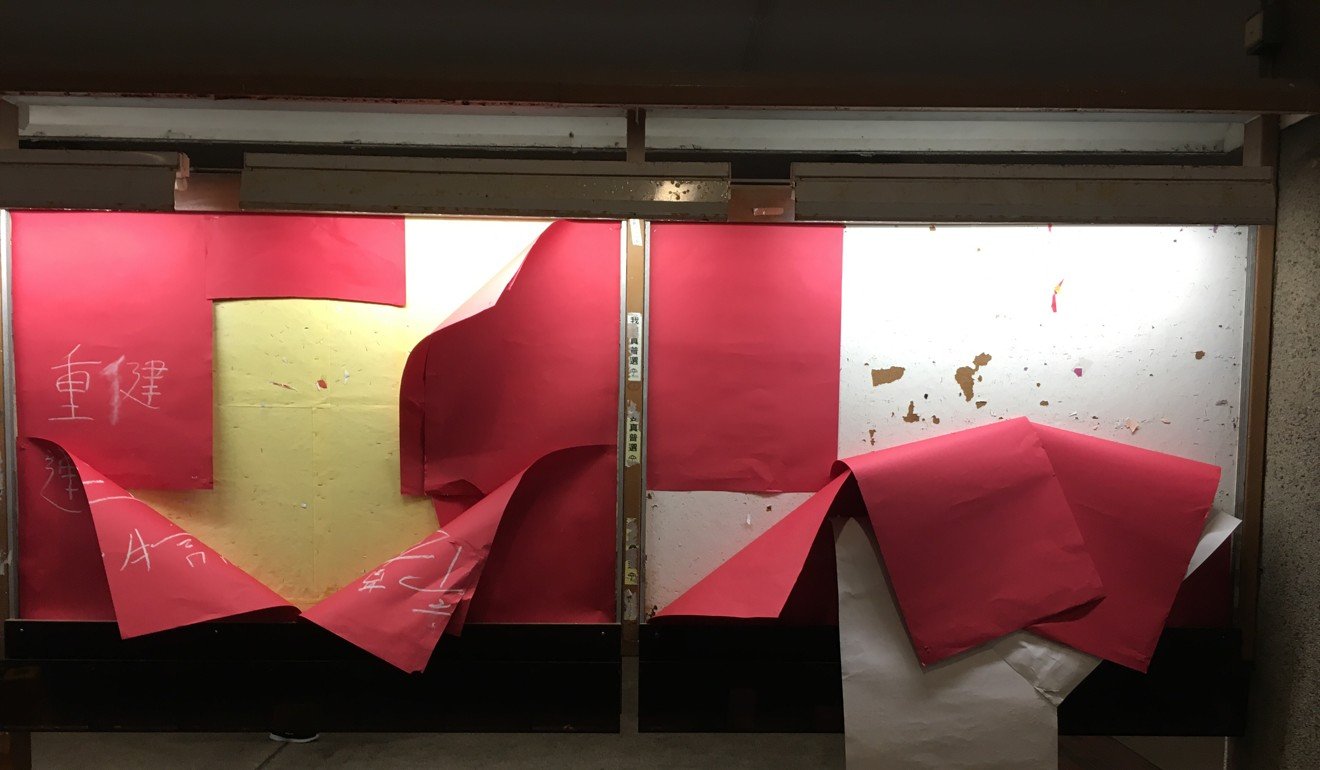 The dispute was resolved three days after Lam and two other students ended a 44-hour hunger strike, and the university agreed to continue allowing the student union to administer the wall.

Li is the student representative on PolyU's governing council, while Lam and Cheng are the president of the student union and the external vice president.

The letter said that the behavior of the trio could amount to "misconduct," citing items that could have been violated, such as "defamation or assault on any staff member," "refusal to comply with orders," and "Any conduct detrimental to the reputation and well-being of the university. "

Students have until December 6 to respond, otherwise, the committee may take additional measures solely on the basis of information provided by the facility manager who complains Frankie Yee, which includes video footage of the crash.

In his complaint, Yee said students shouted at university officials with a loudspeaker, caused disturbances, ignored his order and verbally insulted him and other officials.

He said the two officials who were arrested during the protest, Vice President Geoffrey Shen Qiping and the dean of students, Esmond Mok Chi-ming, were shot down during the confrontation.

"Professor Shen was tripped and fell, and Professor Mok was hit by someone in his left leg. One of the security guards was also shot down, "Yee wrote.

Li told the Post that he was not surprised by the movement of the university. 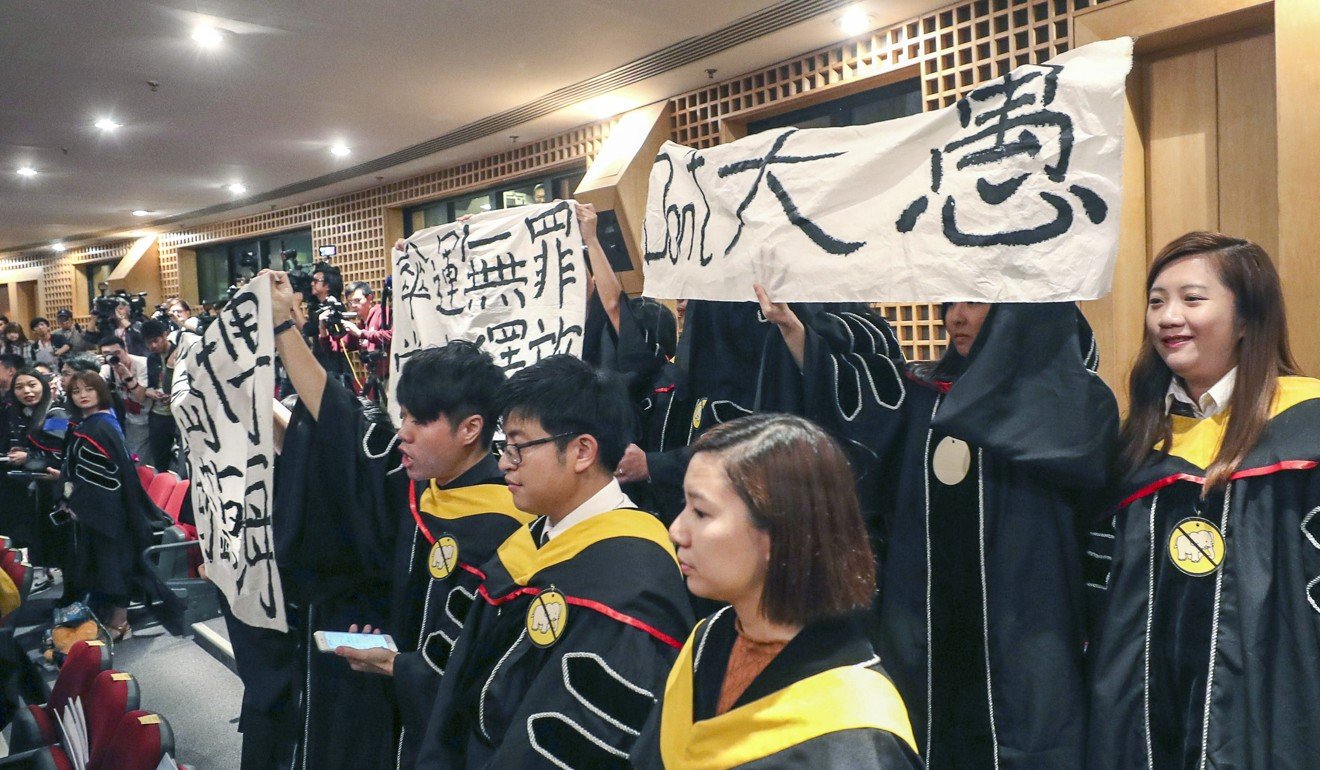 "Earlier this month, a staff member at the university told me that a disciplinary investigation could be under way," Li said. "But I did not expect the facilities manager to take the initiative."

Li said that Yee's complaint omitted the causes and consequences of the crash, which they would submit to the disciplinary committee in their written response.

"We could try to postpone the deadline for an answer" , Li said.

In another event on Thursday, a small group of graduates from Lingnan University protested against the controversial proposal to reclaim 1,700 hectares of land near the island of Lantau, and the processing of the nine leaders of the Occupy 2014 protests, at a graduation ceremony attended the CEO Carrie Lam Cheng Yuet-ngor.

The protests occurred when the students who had taken a Master's degree in cultural studies were called to the stage.

"The nine activists are innocent. We are against the recovery of Lantau, "sang a student, before slapping Lam's face in front of the executive director.

Another student formed a cross with his arms in front of Lam, who plays as chancellor of the eight public universities, before turning and bowing to the public, Lam did not respond to the explosion.