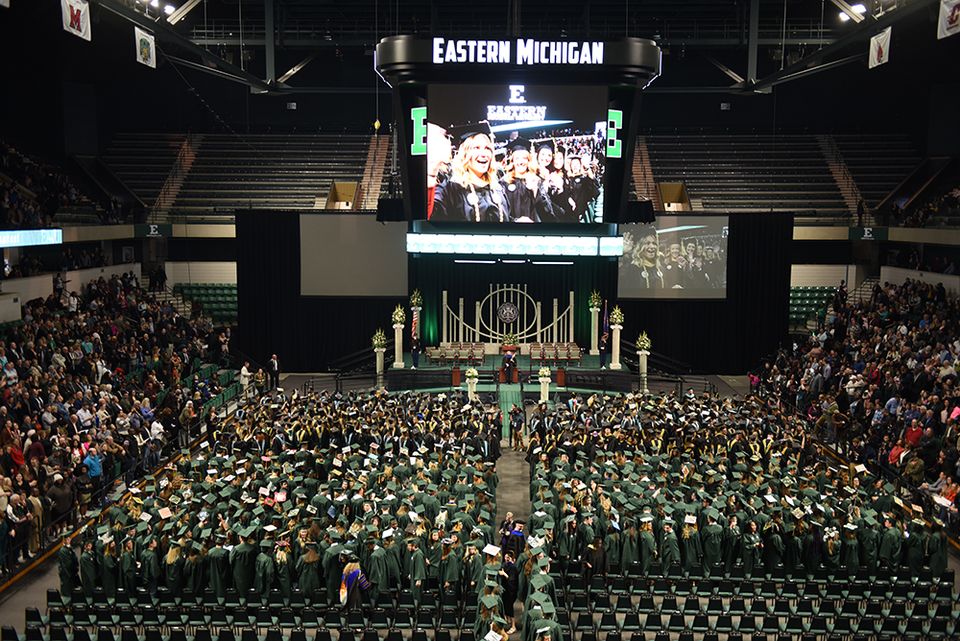 The students of Eastern Michigan University celebrate the beginning

A total of 4,596 bachelor's, master's and doctoral degrees were awarded during the 2017 academic year.

Dingell represents the 12th District of Michigan in the House of Representatives of the United States. She serves on the Energy and Commerce Committee and as Senior Whip. Prior to being elected to the Congress, she was Chair of the Board of Governors of Wayne State University.

Previously served as president of the GM Foundation.

Inch, a former alumnus of EMU, is a financial management leader who spent more than 35 years at Ford Motor Company before his recent retirement. He served as President and CEO of Ford Land Development Corporation until 2016 in his last position with the automaker.