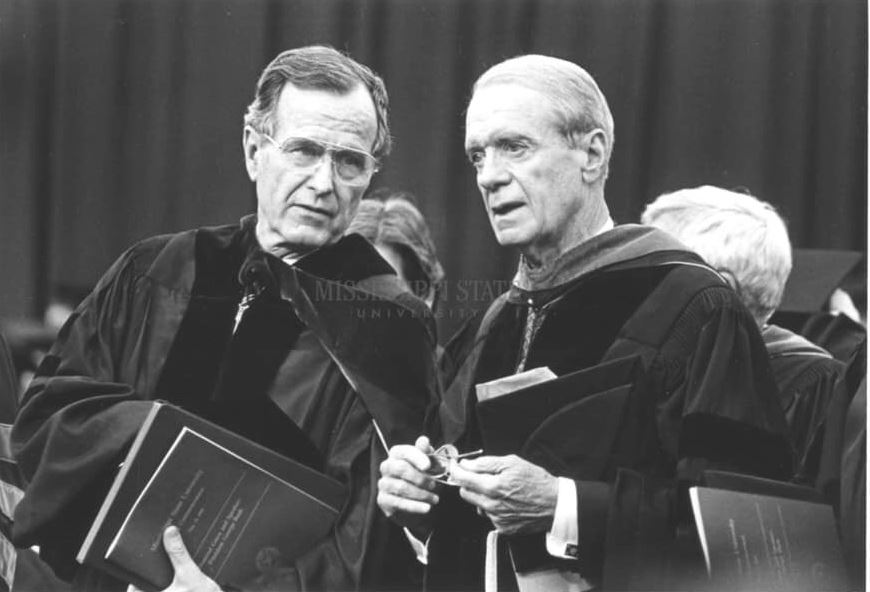 STARKVILLE, Miss. (WTVA) – President George H.W. Bush may not have attended Mississippi State University, but that did not stop him from visiting the Starkville campus.

School officials say that in May of 1989, President Bush visited Mississippi State University. It appears in the photo with the Representative of the United States, Sonny Montgomery, before delivering the graduation speech.

They say that the men were first-year students of the House together and remained friends for life.

The president later returned to M.S.U. to honor Congressman Sonny Montgomery at halftime of the MSU-Arkansas game in November 2000 at Davis-Wade Stadium.

School officials say that Bush's friendship with Montgomery made him a fan of bulldogs.