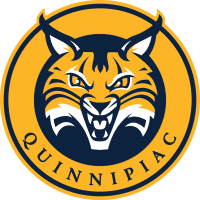 The return falls short for Maine in Columbia

New York, N.Y. – The University of Maine men's basketball team, which was behind by as much as 20, was able to cut the deficit to just three midway through the second half. However, it would be as close as the Black Bears would get when they hit the road at Columbia, 77-66.

The Black Bears finished the away competition 23 of 54 from the 13th floor of 17 from the free throw line.

Maine rallied from deficits of eight points and 11 points in the first half. Maine trailed 11 midway through the first half and responded with an 8-0 run. Masic's five points in a row cut the lead to four before a free throw by Novak Perovic put Maine under three.

Columbia regained a double-digit lead, increasing their lead to 14 at halftime before opening the second half with a 7-2 run to take their biggest lead of the game, 47-27.

Maine began their comeback, responding with a 7-0 sprint when a jump shot from Klanjscek brought Maine to 13.

A 12-0 run at Maine followed shortly thereafter when Masic's 3-pointer triggered the sprint, cutting the lead to 10. The run continued, as Maine was able to keep Columbia scoreless over a 5:30 gap. Sam Ihekwoaba recovering a turnover, charged a layup while committing a foul. Ihekwoaba completed the play from three points, sinking his free throw to bring Maine back to three with 11:08 left.

However, the three-point deficit would be as close as Maine would be. The Lions rebuilt their double-digit lead before sealing the victory, 77-66.

Maine returns to action on Saturday, December 11, when he travels to face Quinnipiac at 2 pm.