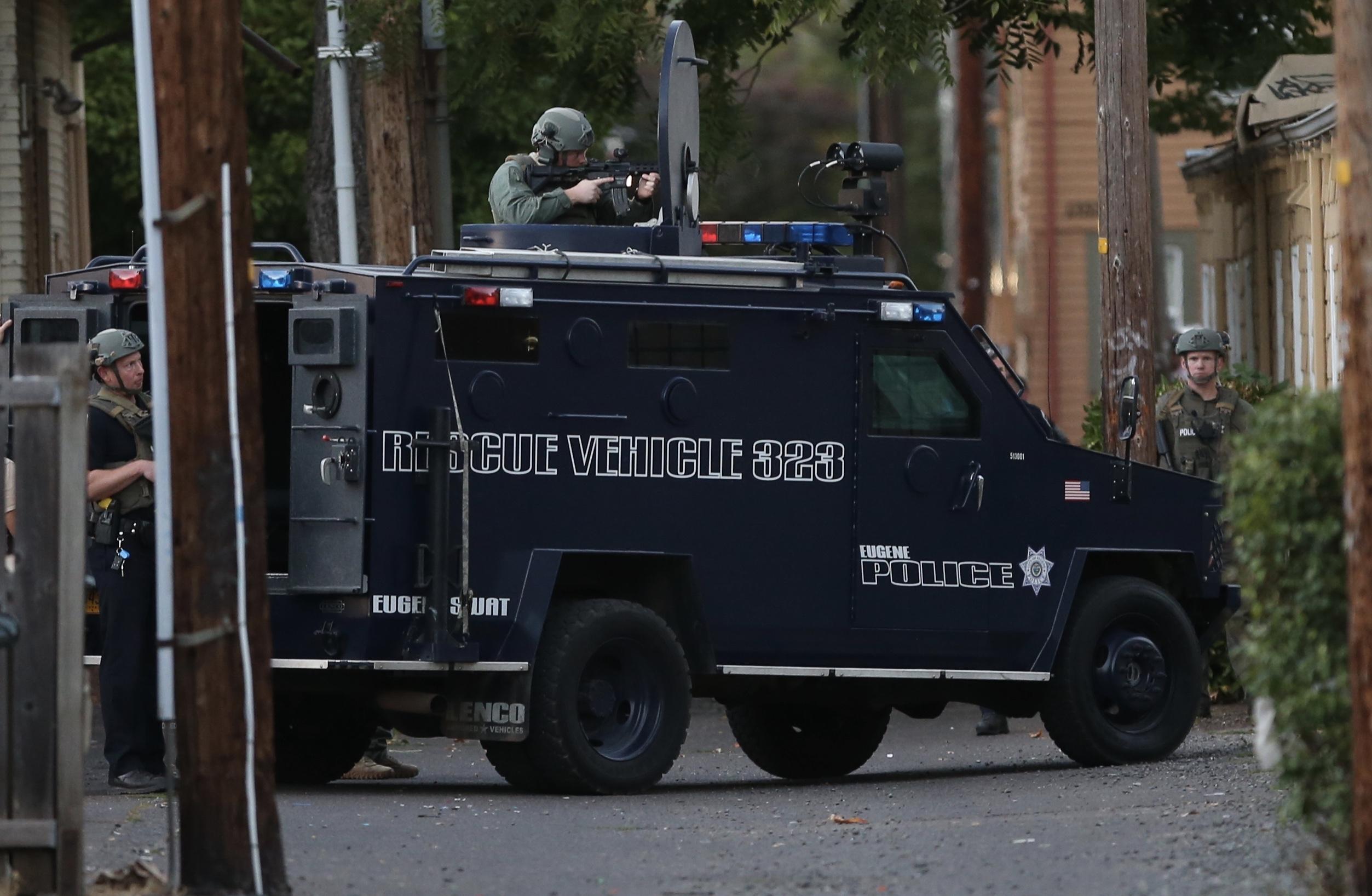 A strong police presence descended in a neighborhood west of the University of Oregon, where the officers were looking for a dangerous subject.

The police used a loudspeaker to order the occupants of a house in East Mill Alley to leave with their hands up. Officers had cordoned off the area between East 14th and 15th avenues between High and Mill streets.

" Due to the nature of the response, the officers were summoned SWAT and Crisis Negotiation teams to make contact more securely, "said Eugene Police spokeswoman Melinda McLaughlin, adding that a reverse 911 call had been sent to nearby residences.

Two drones They operated in the area, including one that swung up and down outside the window of a second floor of the Mill Alley residence.

The police asked the public to avoid the area and urged residents to area to stay in Some residents were prevented from returning home, and a pizza delivery driver was turned down.

However, dozens of spectators gathered to observe police activity. [1] 9459003]

Shortly before 8 pm, a flash-bang device went off. Minutes later, the police resumed greeting the occupants of the house. Approximately half an hour later, an officer using the loudspeaker warned that they would send a K9 and use gas.

Police activity triggered an UO alert. The police ask anyone who has information to call 541-346-2919.

This story is developing; check the updates.